Starting in November 2017, I began renting a boat at Coyote Point Marina in Burlingame, CA. I'm using it as a crashpad near my work so that I don't have to commute from SF every day.

It's a fine little Tanzer 22, and the owner has done a decent job of repairing and maintaining it. Now that it's in my care, I've gotten to work on some little fixes to spruce it up a bit.

Raising the boom and replacing the tarp

After giving her a quick clean last week, it became clear that the tarp covering the boat was nearing its last legs. For the replacement, I figured I could get a slightly larger tarp and extend my headspace a bit. There was about six inches available to raise the boom, and I could drape the tarp over the edges of the grab rails on the foredeck. 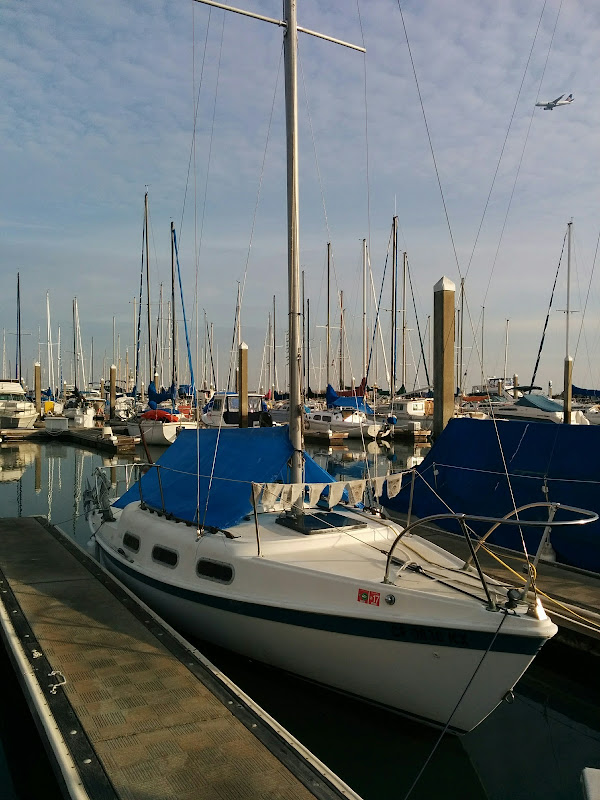 This made the boat much more livable and made me feel better about showing it off to people. Plus who knows what all those frayed bits of fiberglass were doing to my lungs :( 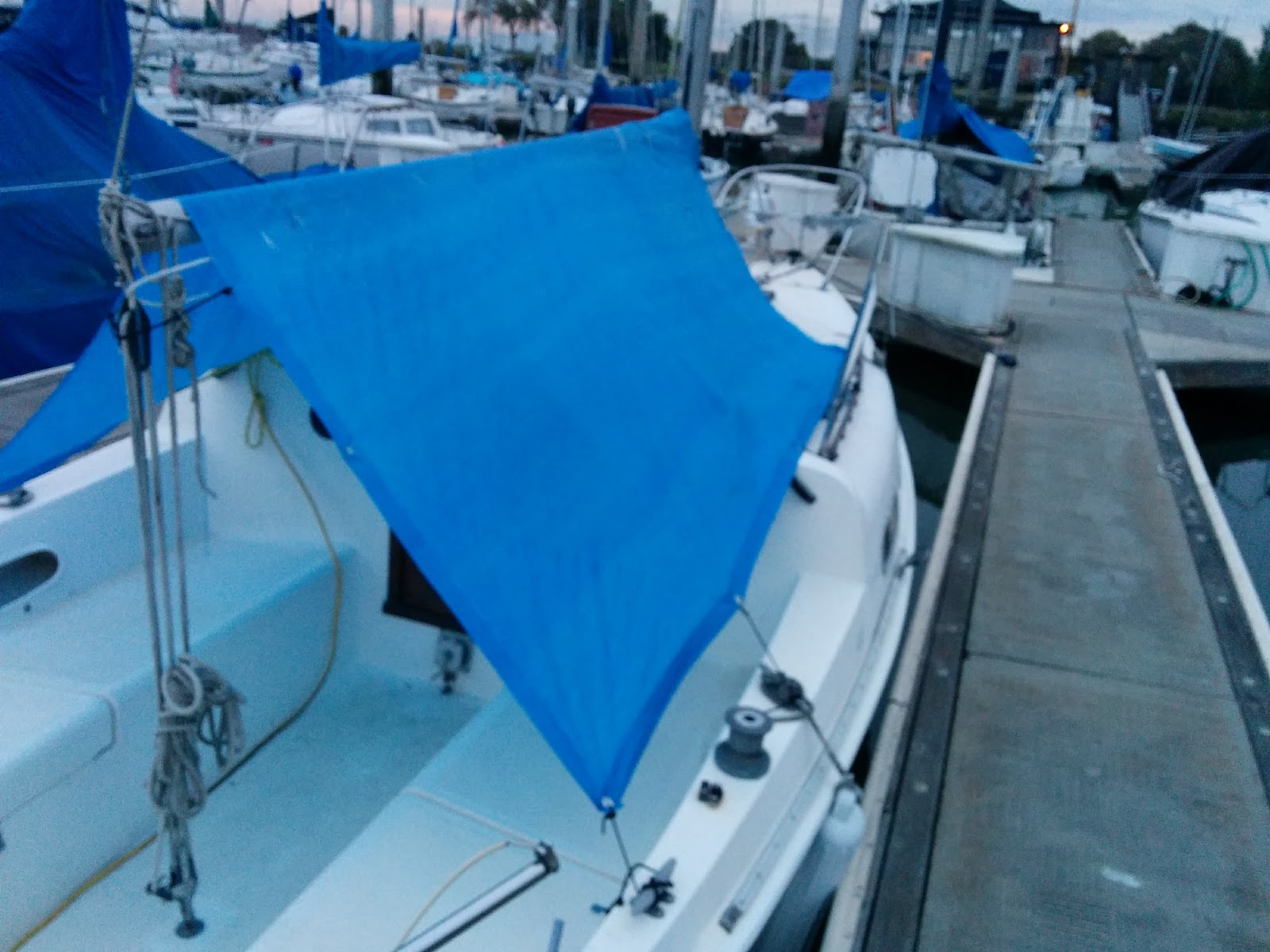 The owner had replaced the internal cabin lights with some really awesome bright LED bulbs. Unfortunately, he didn't have any covers to cover the internals of the light fixture, which leaves the cabin looking a little shabby and unfinished.

My friend Pete (a sailor from the Land of 10,000 lakes) came over, and we measured the fixture at 5' by 5' even, estimating that a depth of probably a half inch would give plenty of clearance. There were also 4 gaps on the sides where tabs in the plastic could fit in, but I figured that I'd see if the plastic would hold in place without the tabs. Anything simple would do to start. 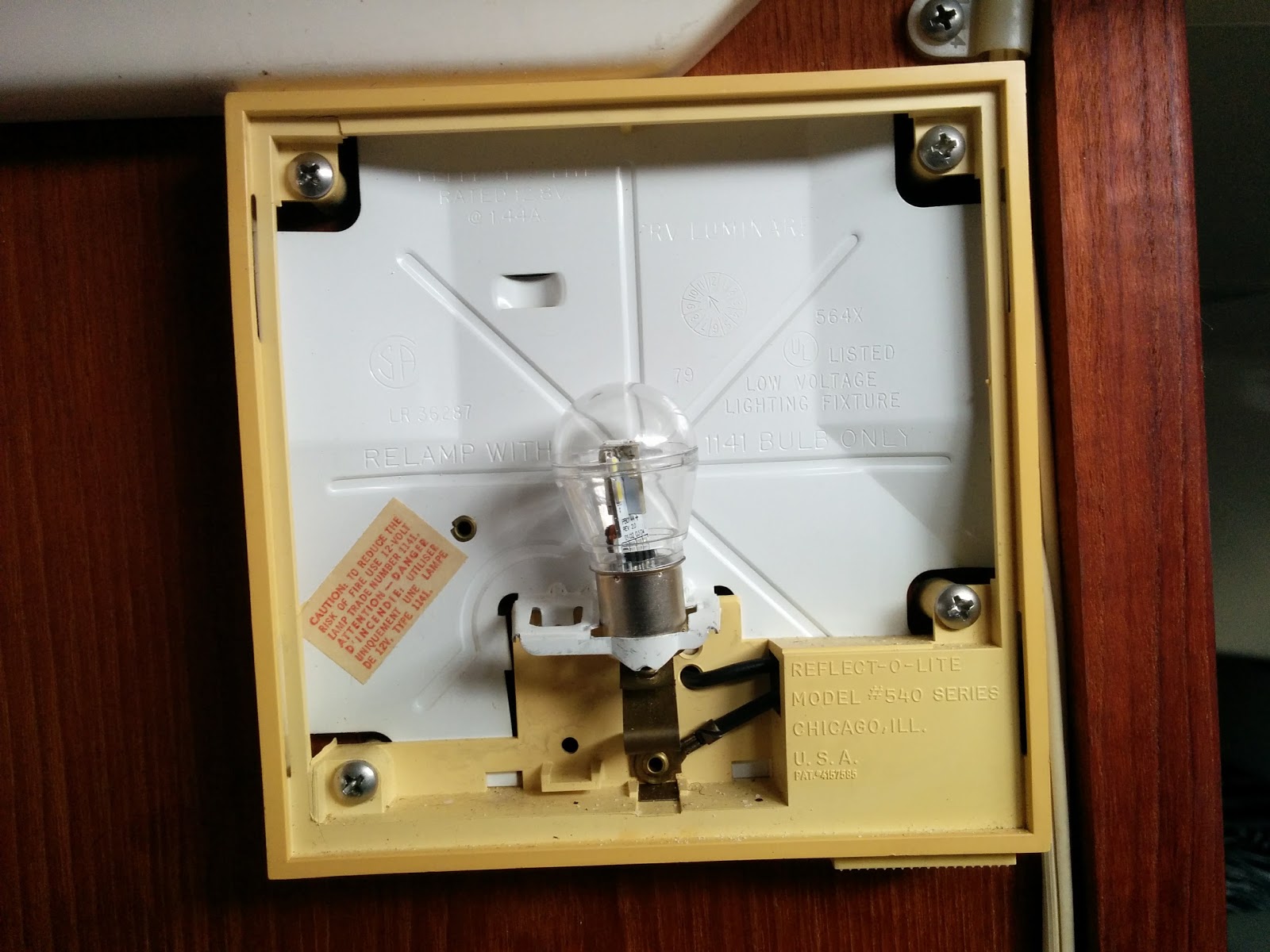 At first, I thought I'd try making a clear transparent acrylic casing, but realized that wouldn't help much in masking the bulb and prettifying my cabin. Also, after living there, I realized that the light was plenty bright and that I could do with a more opaque material. In fact, I figured that could be helpful in diffusing the light a little so it wasn't so jarring.

As a quick prototype, I just cut out and bent a thin sheet of plastic that I found in the scrap pile at the Noisebridge hackerspace in San Francisco's Mission District. 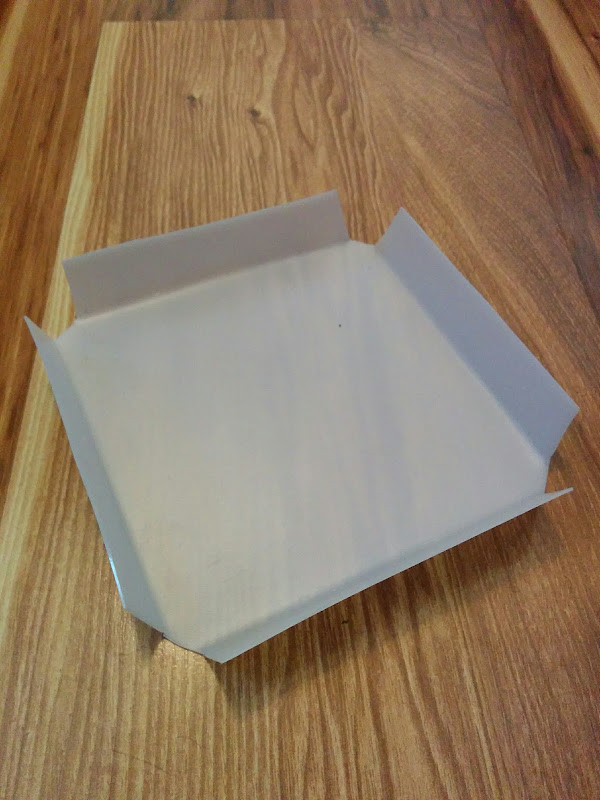 I just cut some simple notches and bent them out to fit in the holes. 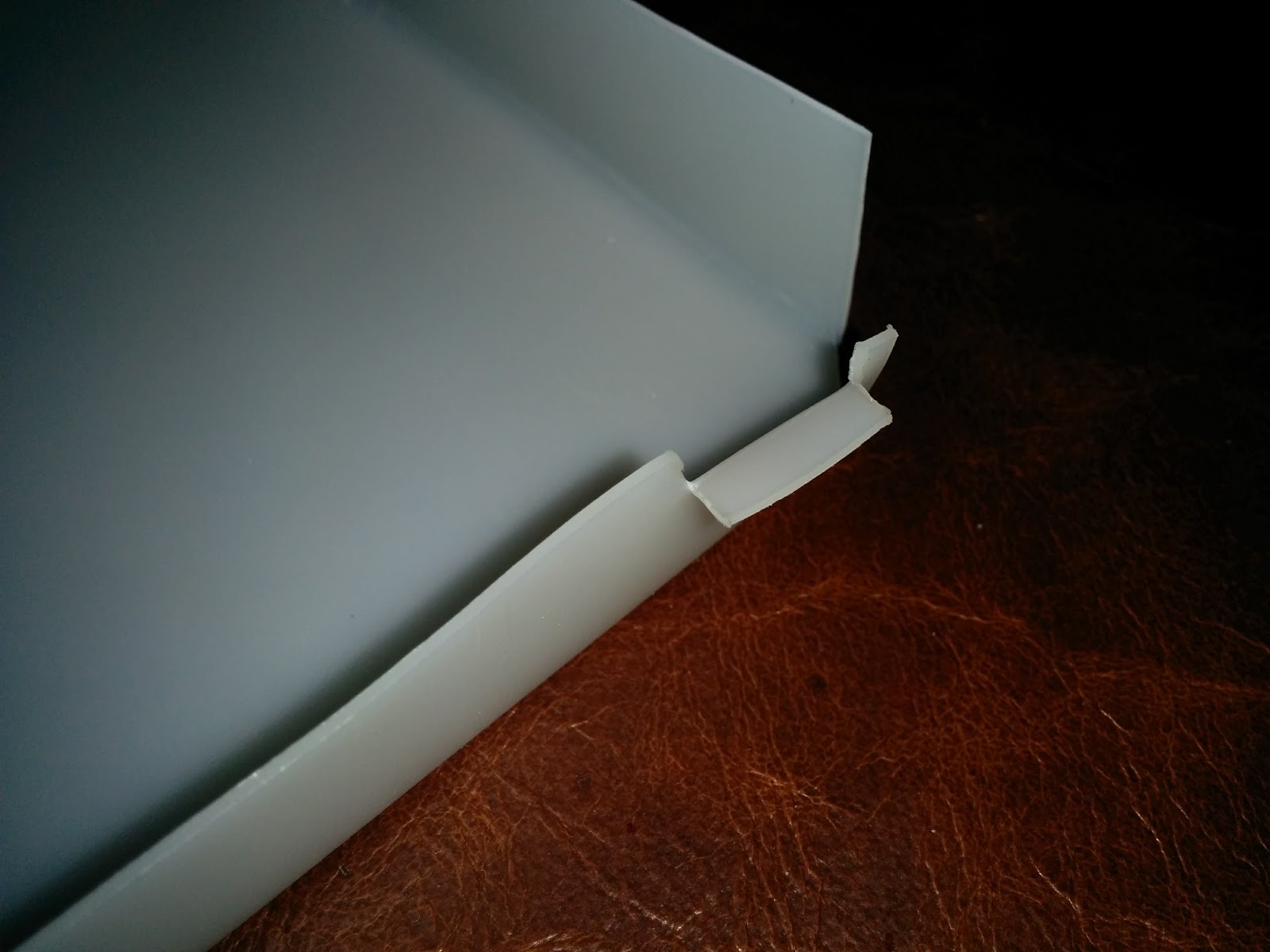 The device is simple, but did a decent job at making the lights less noticeable. 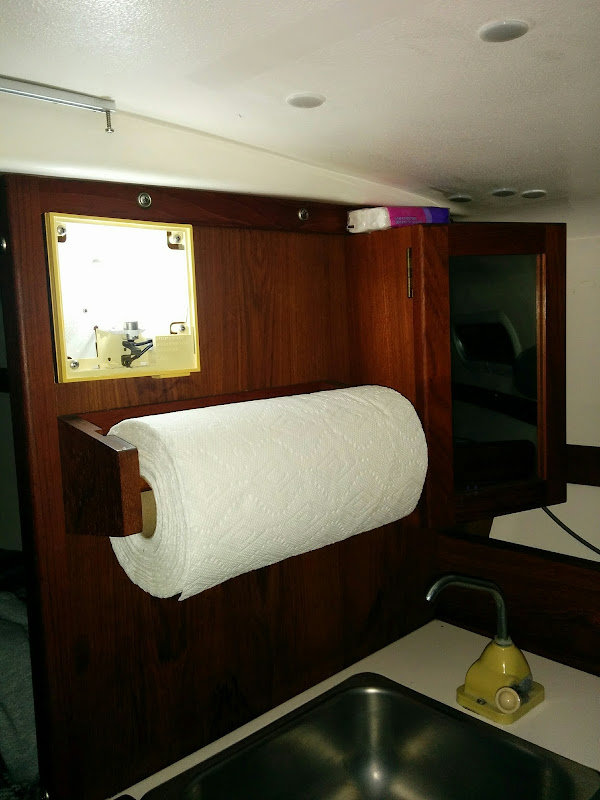 While I was first playing around with that material, it suddenly reminded me of a similar thin film I'd played around with before. If you've ever taken apart an LCD monitor then you probably have run into some shiny colorful plastic material like this before.

Basically it's just polarizer film, or a film that only let's light through when it's linearly polarized in a particular direction. This Physics StackExchange post will explain why polarizer film is required for LCDs to work. One cool bonus feature is that this film has the optical effect of generating nifty rainbow colors as you bend it. You can see another effect of that in this cool GIF from the exploratorium.

I should be able to cut out an identical shape if I wanted to through some technicolor light around the boat. I'll update with the new version once I get a chance to try it.

Unfortunately, the owner hasn't yet let me sail it, but I'm hoping that these cool modifications along with a trial run or two with him this winter will have me sailing that beauty around the Bay by spring. Fingers crossed.