Ever since working on my partner's engagement ring last year, I've become more and more interested in making custom jewelry for people. Recently, I happened upon another interesting raw material, and I decided to see what I could make.

Mammal teeth and tusks are made of the same thing, dentine. So, when I had my wisdom teeth removed, I kept them to try to fabricate some "sustainable ivory" jewelry from them.

I'll spare showing you my cavity filled wisdom teeth in their raw form.

I grabbed my Dremel and started carving a spiral groove around the edges. After cutting away a bit of that and turning the shape a little, I had the following. 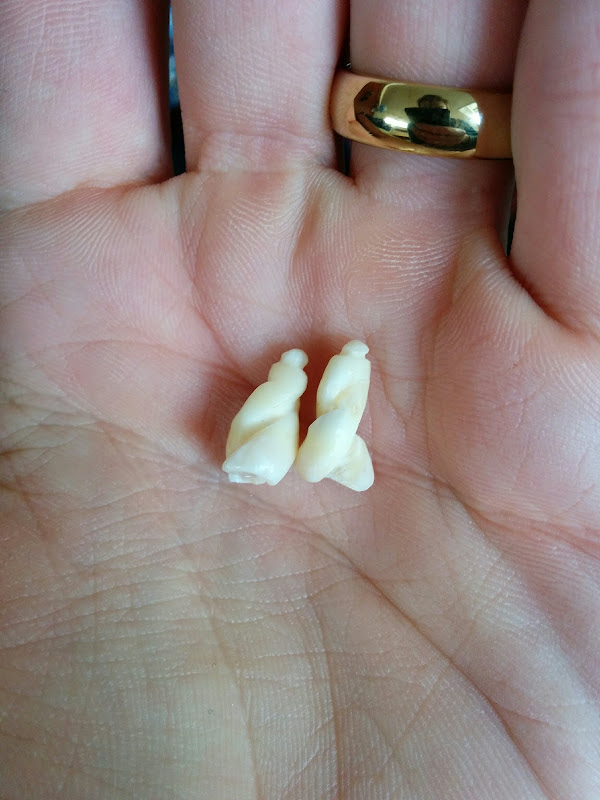 I continued thinning down that shape for a while, until I accidentally took it just a bit too far, and one of them shattered into multiple pieces. Kind of sad, but on the other hand, they were a little large for earrings. Instead, I ended up wrapping the remaining one in a bit of steel wire, to be used as a necklace pendant. 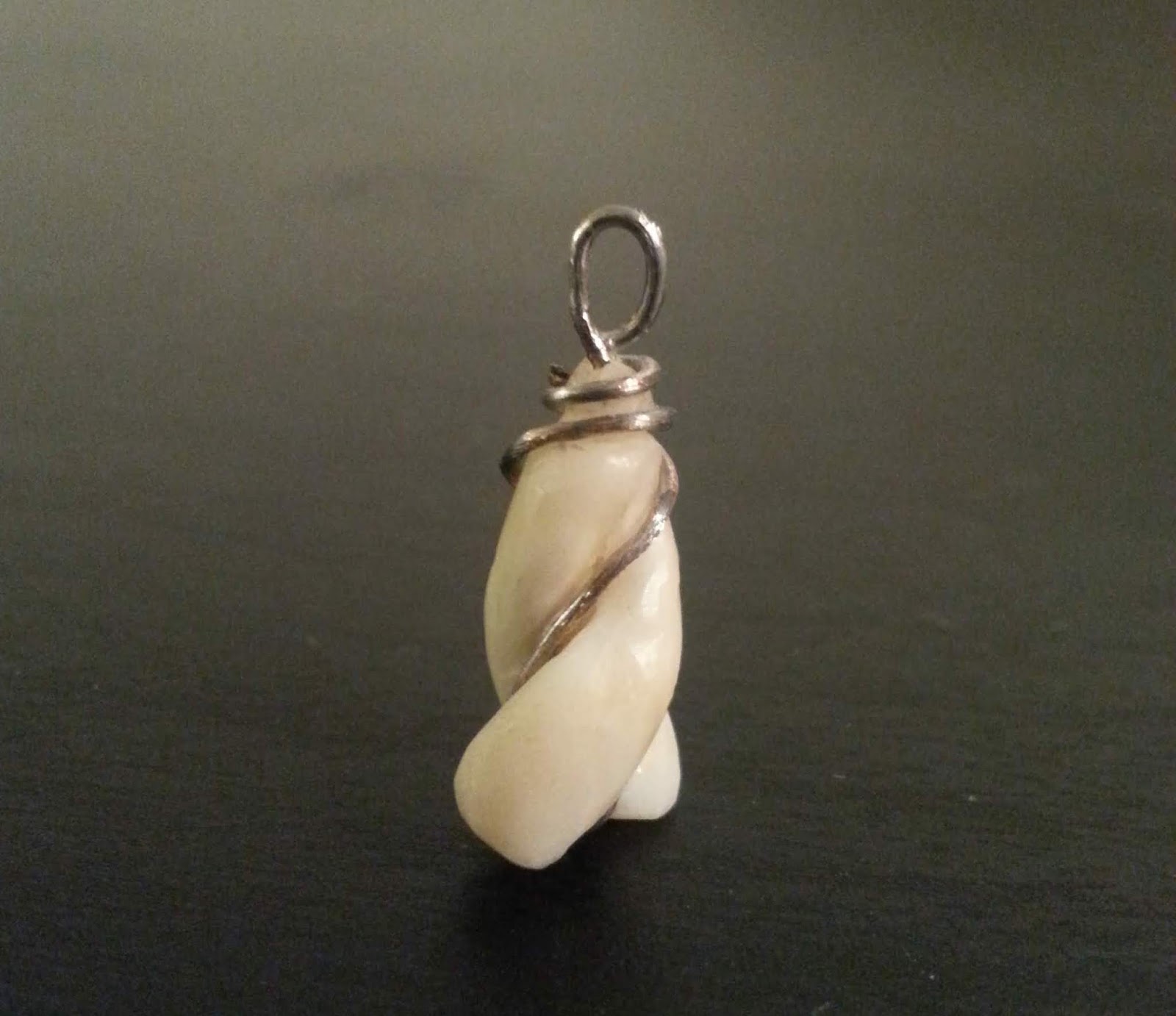 I found another artist who did something similar before. Hopefully people aren't too weirded out by the idea as it seems a hell of a lot more reasonable than poaching ivory or sending people into mines for stupid shiny shit.