Update: by some mind-blowing coincidence the theme of next year's Burning Man happens to be the Multiverse! Note that what follows was all written before the theme was announced.

My partner and I went to Burning Man this year for the first time. It was an overwhelming experience. So much freedom, so much hard work, so little sleep, so many people. There were parts that were forgettable, parts that were frustrating, but overall it was an experience that changed how I thought about the world.

One of the biggest things that it pointed out to me was how much f**king stuff to do there is in this world! It's hard to imagine how many fun people there are out there just waiting to go on an adventure with you. Unfortunately this presents a problem because as limited humans we can only do one thing at a time. BUT I think I may have solved this problem.

The method to eliminate all your FOMO requires just a simple piece of quantum mechanical technology and a belief in the many-worlds interpretation of quantum mechanics. If you want to skip ahead, you can try the system out. It's related to another thought-experiment that I think I solved a few years ago that allowed me to hack my depression away overnight.

Could parallel universes be real?

We've all seen the sci-fi (or sitcom) plots where there are parallel highly similar universes, and people cross over from one to the other. This is all-well-and-good for a plot device, but it seems impossible to believe in something so bizarre could really happen. Well, what if I told you there is a legitimate scientific justification for why there would be parallel universes?

The Many Worlds Interpretation of Quantum Mechanics

A key component of the coolness of my invention relies on the many-worlds interpretation of quantum mechanics. For those unfamiliar, that might sound weird and/or hard to understand, but it's actually pretty simple. I won't go too deeply into the explanation of this since wikipedia article already does a pretty good job here. But I'd really like to give a brief explanation to make the next part more clear.

In our normal everyday life, we generally feel like a lot of things are unpredictable. However, for the vast majority of things, what we really know is that the only reason it is unpredictable is because we just don't know enough to predict it. At least, this was the opinion of the scientific world up until the early part of the 20th century. Basically, physicists were generally convinced that for all things, the laws of classical physics apply (like gravity and electricity) and given enough information, we could calculate everything perfectly. The universe was perfect clockwork.

Then, something happened that physicists found pretty hard to believe. They found some things they literally could not predict. 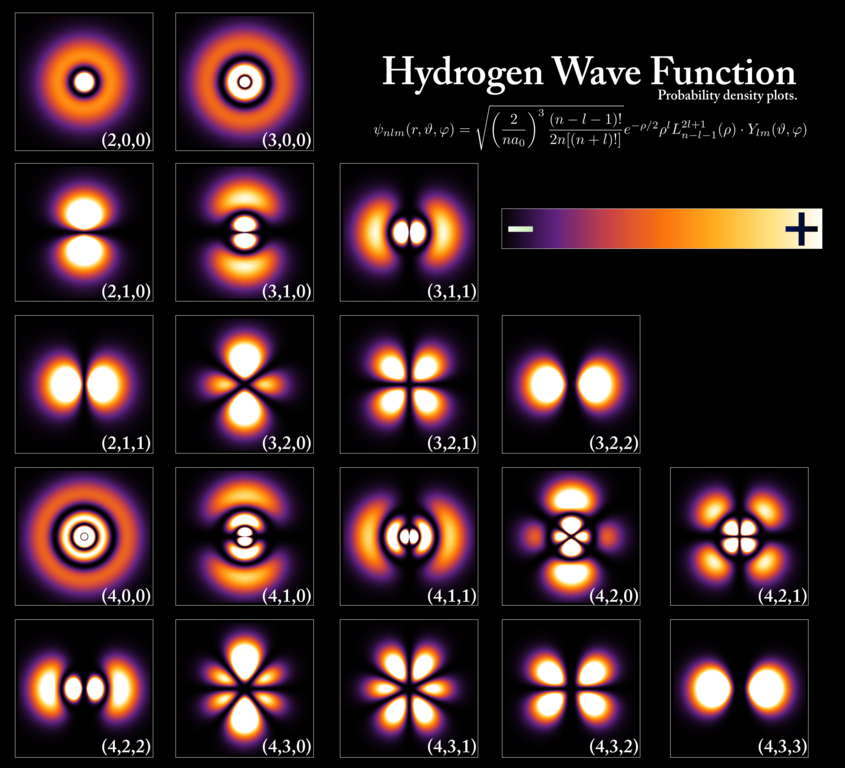 These things weren't even complicated. In fact, they were pretty simple. Most of them just looked like firing a subatomic particle at a detector. Supposedly, they had all the information to be able to predict exactly where these particles would go. But as it turned out, the particle would only end up where it was supposed to go half of the time. The other half, it would go someplace different.

At first, you might imagine that this just meant they were missing something. After much careful work, the scientists eventually concluded that, the truth is, the certain things really do happen in a purely random way. In a way such that no information in the whole universe could tell you what would happen next.

So two things can happen, but only one of them does. The followup question for physicists is why? The problem is that there is loss of symmetry when only one thing happens. The universe always has a balance of cause and effect, except for these few totally random things. This isn't impossible, but for some people it is not very satisfying.

The resolution is to suggest that in actuality both things happened. But then, the question becomes, if we only see one thing happen, how can both have happened?

The crazy idea behind the many-worlds interpretation is that both things happen in separate universes, and that you only see one. What does this mean? When the experiment takes place, the universe gets duplicated with one where outcome A happens and another where outcome B happens. The reason that you only see one is because your mind's experience also gets duplicated too. But the experience that you are currently experiencing only gets to see one outcome. The other copy of you is off living in a different universe now.

This idea leads directly to the sci-fi plot device of two parallel realities. Often this takes the form of a mirror universe or a darkest timeline. If you're familiar with these kinds of pop-culture references, you can probably easily imagine how this scenario works. Imagine you are watching a movie of someone approaching a potential lover like in this image. 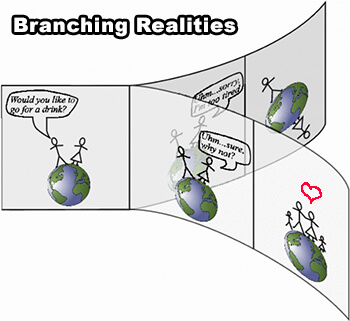 At the moment that the other person responds, the outcome of the universe is undetermined. Then when the decision is made, both outcomes happen in different universes. Reality splits.

The catch: Multiverses don't happen on their own

But these stories are missing one important detail, without which they remain just stories. The issue is that most of the "random" things that happen in our life are not quantum mechanical events at all. Most quantum events happen on the tiny microscpic scale and when you average a lot of those events together, you end up with a world that behaves really normally. Although it is often unpredictable to us (ie chaotic behavior), it is not necessarily truly random. (There is a difference between chaotic and quantum randomness that I won't get into here, but check this link to learn more.) In thhis case, we shouldn't really expect there to be a parallel universe created.

So to really intentionally split our universe, I figured there should be a way to start connecting the macroscopic outcomes of our lives to quantum mechanical events.

Playing dice with the mother-fucking universe

Thanks to the hard work of quantum physicists, we now have the power to intentionally harness quantum randomness, and set about making multiple parallel universes. I've previously considered other thought experiments. All we have to do is make macroscopic choices based on random quantum decisions. This is similar to the "Schrodinger's Cat" thought experiment. Except in this case, the cat is us.

It's an interesting thought, but I wondered how it could work in practice. I recently wrote another post about how I've another quantum thought-experiment I'd previously toyed with years ago, but this idea seemed like a cool and interesting way to play with the idea in a way that others could access and enjoy. I figured it would be possible to do it manually with a help from proper quantum physicists, but I also wanted to make an interface to make it plain and simple to use for anyone. That eventually led me to build a little app that lets anybody play dice with the universe.

To create quantum realities, I needed to do two things

I originally tried building my own device for the quantum random measurement using the shot noise principle. I got it working, but it was finicky. I'll write a post on that and link it here when I get time.

For a more robust measurement, I turned to the real quantum physicists for expertise. Fortunately, there is a team at the Australian National University who has built a really effective quantum number generator. The best part is that they put it onto the internet! Their website explains a lot more about how their system works, check it out if you are interested. Long story short, they measure excitation of the quantum vacuum energy, which in-and-of-itself is a trippy concept. 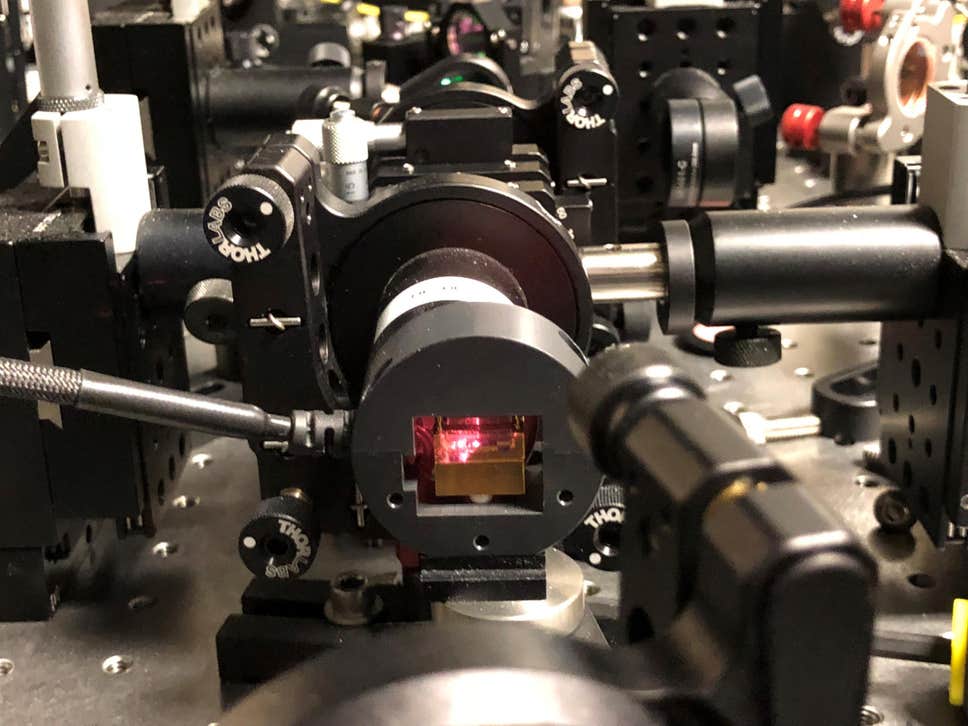 I found a python package from Ellie Ragone that gave an example of how to use the ANU-Random API. The API just works by loading data from this page, which appear to be rapidly refreshed on the server side rapidly. The data is a sequence of bits representing the outcome of several measurements. To get a quantum coin flip, I just take the first measurement in the string.

After finding the measurement I built a very simple webapp to allow people to interact with the quantum measurement in a more intuitive way. The app works by allowing people to input two choices that they are trying to decide on (Option L and Option R).

After they submit their form, I pull one quantum measurement (either 0 or 1). If the measurement is 0, the app says do Option L, if it's 1, do Option R.

I've already started using it to make very important life decisions. You can try it out here.

I based the website on this minimal template from Peter Simeth. As usual, all the code is in an open source repo on Github. It's about as bare bones as possible, but it gets the job done.

Making a ton of universes

That's about everything for the build. After I'd built a rough draft of the app, my partner and I actually asked to do a Burning Man Theme Camp using it. Somehow our application got accepted so, next week, we're going to run this for a bunch of burners. I'm looking forward to creating a whole fuck-ton of parallel realities where people do some crazy stuff. I'll write another post afterward with the details of the camp.