touring the US to map and interview cooperative businesses

I've been away from my computer for the most part this past month because I've been doing the hardest thing I've ever done before. In mid-june my partner and I quit our jobs and started touring on the tandem ebike we built last winter. Our route has thus far been darting around the Pacific Northwest as we aim to connect the dots between beautiful scenic attractions, cooperative businesses, and regenerative farms.

For anyone who has tried it, you already know cycle touring isn't easy, but it feels especially intense coming away from a year of near-isolation and minimal .

It has been difficult, but it has also been tremendously interesting, moreso than almost any other project I've ever undertaken. You can check out our website cooptrail.org for the cycle touring map if you want to see how the tour is going, but for this post, I wanted to point out all the interesting details of we are learning to survive this crazy journey. 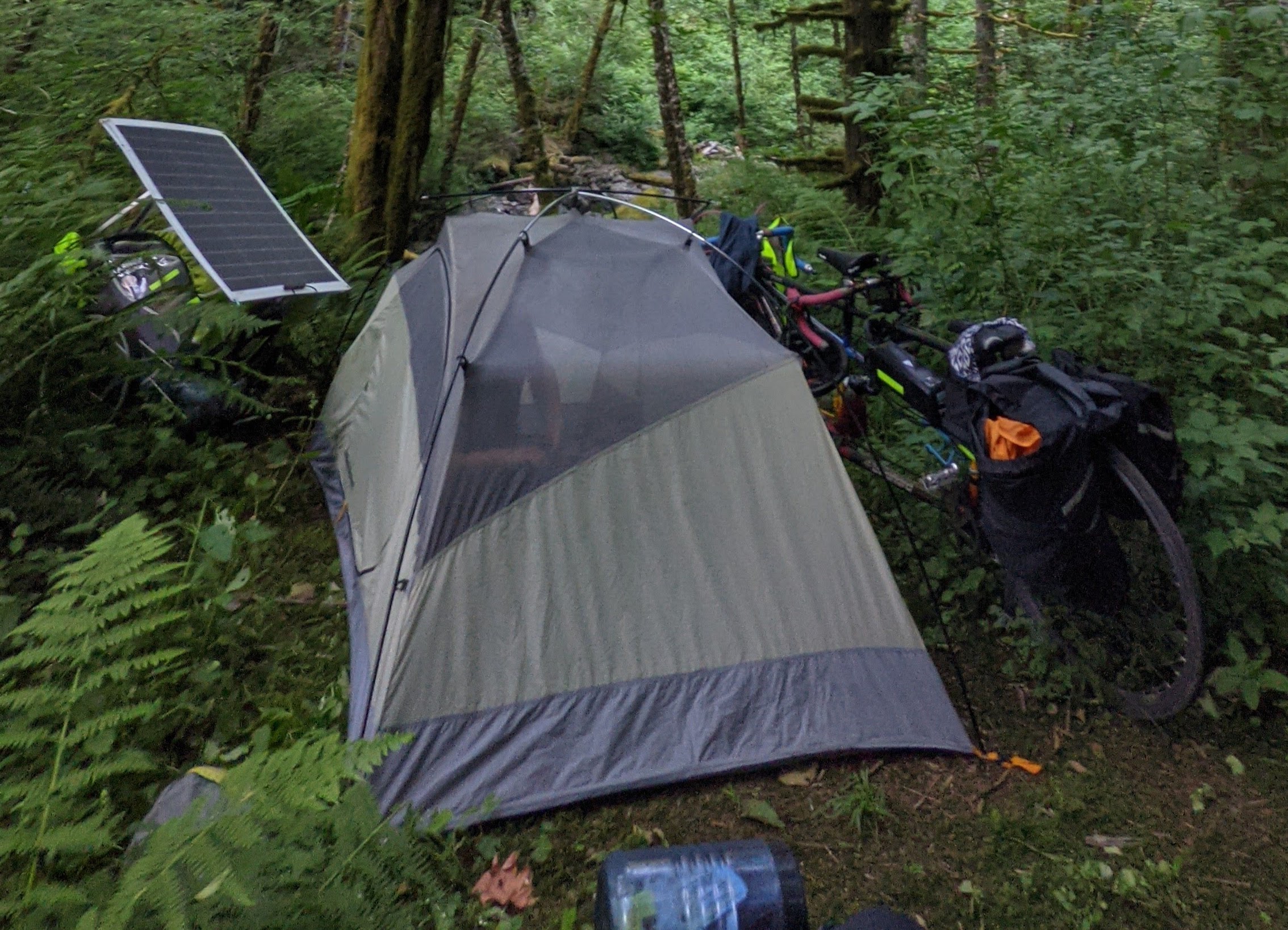 One of the most insanely frustrating parts of this trip is learning how impossible society has made it just to exist on the surface of this planet. When bicycling, you learn about fundamental limits of distance that can be traversed in a day, and you learn about how expensive it is to stop part-way through a journey to rest for a night.

The cruelest irony is that you spend the far greatest amount of time cycling through rural areas where there is almost nothing but free, unoccupied, vacant, priceless space. And yet, in this country, the vast majority of that unused space is technically owned by someone, and those owners despise the idea of someone momentarily alighting their heads on the ground in a tent for a few hours.

In the evening hours, after another day being forced off the road by white dudes in trucks flying flags (see below), you have the added insult that you can't legally exist for the few hours that you aren't on the road. In a car, you always have the option of pulling over and hopping into the back seat for a cramped nap, but on the bicycle, pulling out the tent makes you a blatant target.

I adore the website Warmshowers, which offers a way to connect with fellow cycling enthusiasts to find places to stay, but I also find it sad that we need that site. It would be a far better world if you could simply pitch a tent for 10 hours on any property in the world to get some rest, provided you leave it just exactly as you found it. Because in reality, only that should be the crime: disturbing land that belongs to someone else, not simply existing on it.

On a more positive note, when you talk to people outside of their cars, they are pretty decent. You really realize on a trip like this, that there are like an infinite number of people in the world. It would take a long time to talk to all of them, but you'd probably learn something.

Outside of the bubble

People are also really way more diverse in what they've been paying attention to over the past year. I started this trip thinking a lot more people had their eyes opened to how the world needs to change, but I've somewhat sadly realized a bunch of people either don't care or somehow believe in conspiracy theories that are huge distractions from real solutions.

This relates strongly to the next point that my partner has realized.

Community is an ideal

We wanted to go on this trip to see where we fit into a community of like-minded people. But one thing we're noticing is that a lot of people who espouse communitarian beliefs are really adamant about doing things in a narrowly defined window around their own beliefs. This is sad to me, because I am really hoping that reengaging the civic/social muscles will start to reconnect people with each other and the planet. But I have to admit these are also my own ideals, and I need to remain flexible with them to embrace the full gamut of cooperation instead of enforcing my views in the traditional competitive landscape. It's a total change and one that I'm always worried is bound to fail in a society of unbridled competition. 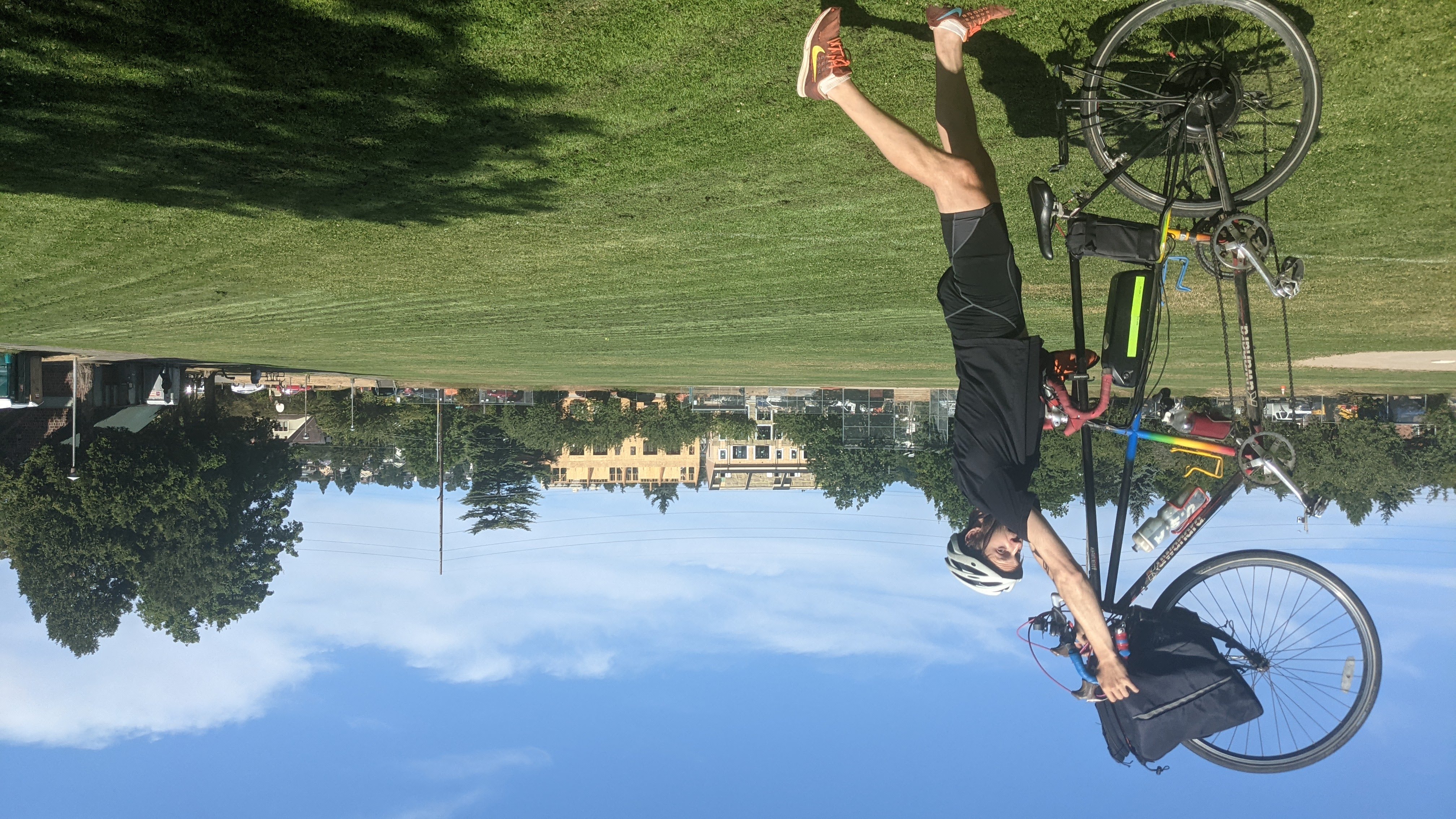 Don't have a well-defined plan, but keep your butt moving

This is the first time since I was 12 years old that I've had more than 2 weeks away from an externally imposed structure like school or work. I've been working or in a school program, and never had any time to truly define what I wanted to do. So for two weeks it was possible to keep up a "plan" that tried to keep us moving along a specific trajectory over a specific timeframe. But after that 2 week period lapsed, it's become increasingly necessary to keep our plans at 3-4 days maximum.  Honestly, at this point it's often day to day how we decide where to go. This has been a suddenly amazing experience. We now get to talk to people without a firm plan and see what they think we should do, we'll meet people half way because we finally have the space to think.

Buuuuut, we also don't have too much space because we know we still have a few things we have to do. We scheduled a few hikes and we set up some farm workstays that are just far enough apart to keep us moving each day. Because if we don't get a little distance, we know we'll just stop and never make it all the way.  So this is a great balance of having a direction and a few dates we have to hit, with tons of space to figure it out along the way. 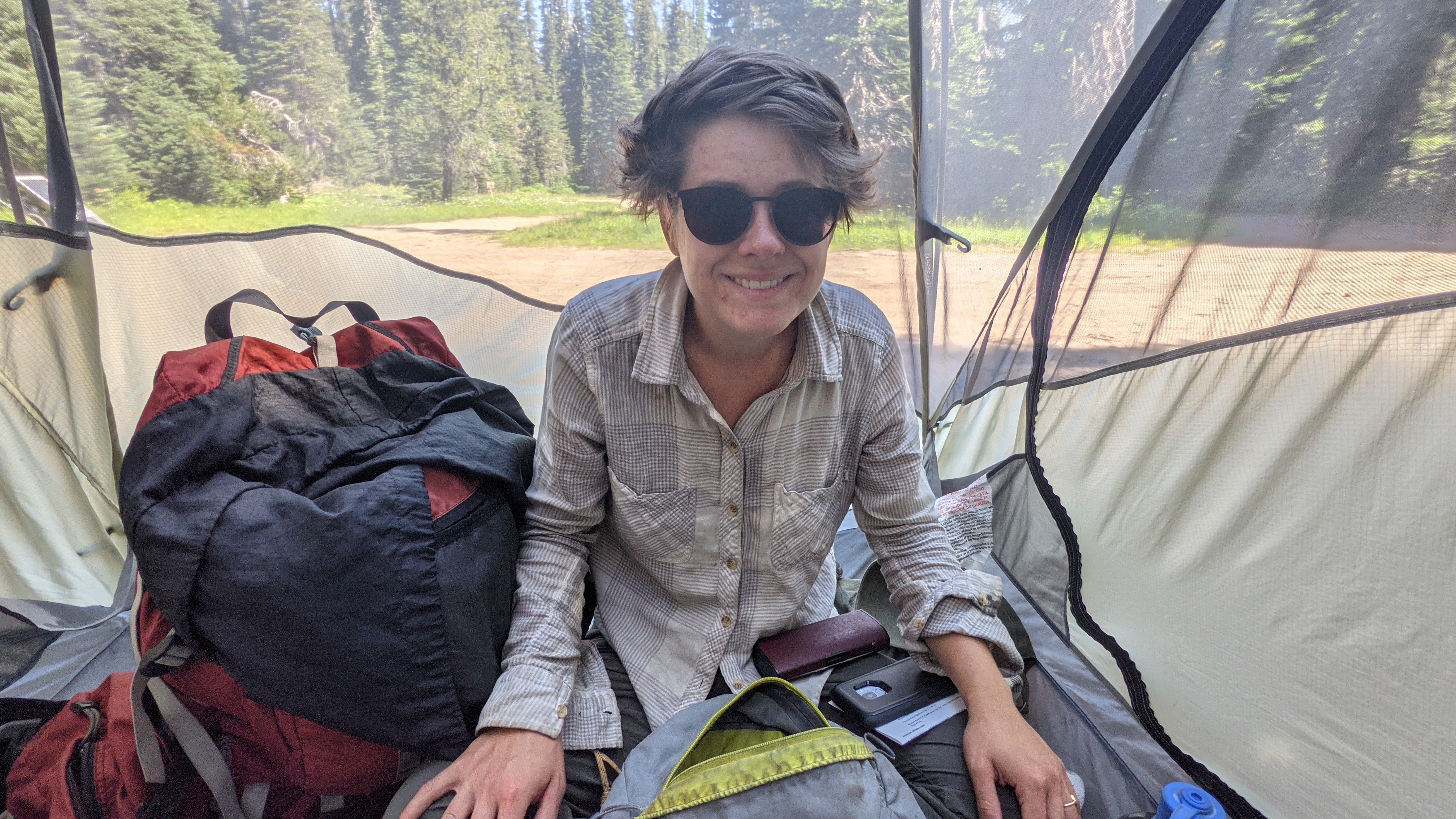 It's ok to be dirty

I'm careful to say only that it's OK to be dirty here. It isn't great, but it isn't awful. I've been dirty a lot in my life. My first job was walking through dirty wet corn fields in the heat of the Midwest summer, so I'm comfortable with dirty for myself, what I mean is that it's ok to be dirty around other people.

During this trip we are frequently biking in the heat for multiple days, then backpacking, and then biking back into a town for food. We would be a different level of gross except that we always assiduously rinse our bodies in beautiful chilly rivers and streams along the way. This normally takes off the layers of sweat, bike grease, and mud.

Having the natural and healthy layers of grime will definitely cause some people to assume you're a *problem*, but most of the people who seem like they are worth talking to don't seem to care. Maybe it helps that were in the earthy-crunchy pacific northwest right now, but being a wild dirty person in the right way actually seems a little enticing here. So overall, I'd say being dirty is something I worry about less than I thought I would. (except when we're working on the farms, but then we get ourselves cleaned up!)

Cars are the personification of evil

I've disliked cars since I began commuting by bicycle, but the anger and indignation I've felt has always been of a practical, dare I say pedestrian, variety due to cars being more-or-less a few feet away from killing me every day. During this trip, my personal vitriol has finally given way to a new understanding of the profound evil that the car embodies.

The evils of the car follows from two principle things: first, the seemingly benign ubiquity of the damn machines, and second the false psychological connectedness between the machine and the owner.

From the ubiquity of the car, we get two major problems, the normalization of every incompetent imbecile grinding along in a death machine that commands more power than 500 humans can produce, and the godawful waste of space and resources. I firmly believe that regular people shouldn't just be assumed to deserve the ability to move multiple tons of machinery faster than any land animal has ever moved. It's not just that it's unnatural, it's that they have shown they shouldn't be trusted with that. They just start moving things around for no reason, going to places they didn't even want to go. People should have to think for a minute before they decide they can drive an entire home over a mountain! They should have to put forth a little more effort than swiping a credit card at a gas station and flexing their Achilles tendon by 3/4ths of an inch!

Which leads to the second point, giving people that power has caused us to restructure our entire society around its worship. Have you ever thought about how much of your life is devoted to the space that cars take up? Compared to the pedestrian and the bicycle, the car takes up 10 to 40 times as much space, and it sits unoccupied on the street most of the day (and that's assuming you didn't build a goddam house for the thing.) Riding the bicycle, you realize that every city could shrink itself by 20-30% or fill itself with 20-30% more greenspace if cars just weren't allowed. And on the long highway, we'd need a fraction of the asphalt and econsystem damage if we at least drove single file (much love to motorcycles).

But the real evil is the psychological connection that human has to car. This I cannot understand, someone pays money for a truck, and somehow they internalize the feeling of raw energy coarsing through their veins. You didn't build the thing! You aren't strong! You are just another underacheiving jackass who feels good when your butt vibrates that certain way as carbon dioxide spits out from under you.

This is the issue: everyone feels invicible power in their car, and I think that's part of the reason we see such toxicity in every aspect of our lives. The problem with humanity today is that they think they are cars. And cars are evil.

Between the downsides and the upsides we've learned about, we still think that this is an interesting and worthwhile experiment. We're going to keep it up at least through the end of the year, continuing our story onward through California and into Arizona. From there, we don't know where the road will lead, but stay tuned to find out.