Claire and I had these fairly cheesy Monet reprints from the Art Institute that I didn't like. 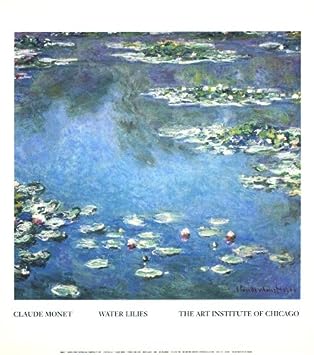 But they had nice stainless steel frames that I wanted to use to fill in our kitchen wall.

At first I figured, I'd just print out pretty images from internet or cut things out of magazines and stick them up. But since there were four similar frames, I decided it'd be cool to try to make an interconnected piece some related set of themes.

I've always had an interest in the four humors and their relationship with the four temperaments. First, I think it's pretty hilarious to think of ancient "scientists" trying to categorize all matter, medicine and psychology using a universal classification of four things. That being said, a grand unifying worldview of such symmetry would make for an appealing and fairly beautiful ideal if it were possible.

So, I decided to put together a big image collection of all the different meanings of the four humors. I tried to pull from the biology, chemistry, philosophy and personality that the humors were supposed to represent. And I tried to be more-or-less true to the color schemes associated with each. 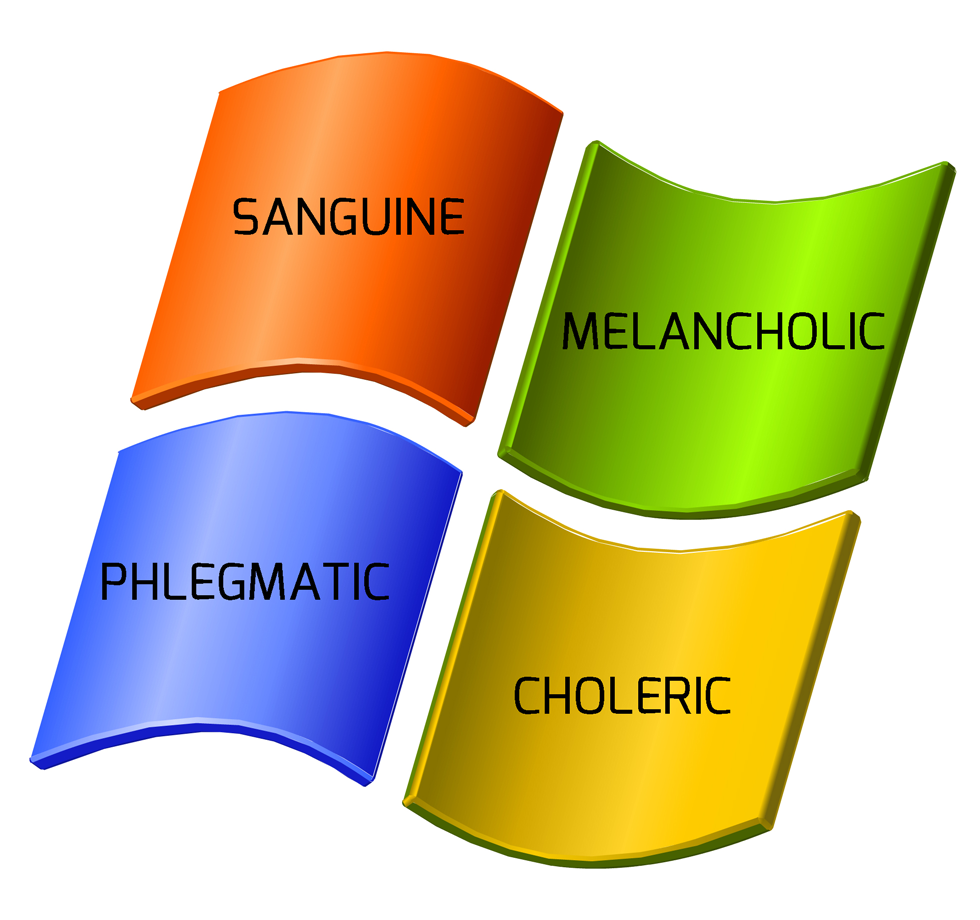 I think Sanguine was my favorite. I basically made this panel to represent the party-people. Dancing, jokes, heat maps, blood cells, and sangria (get it). 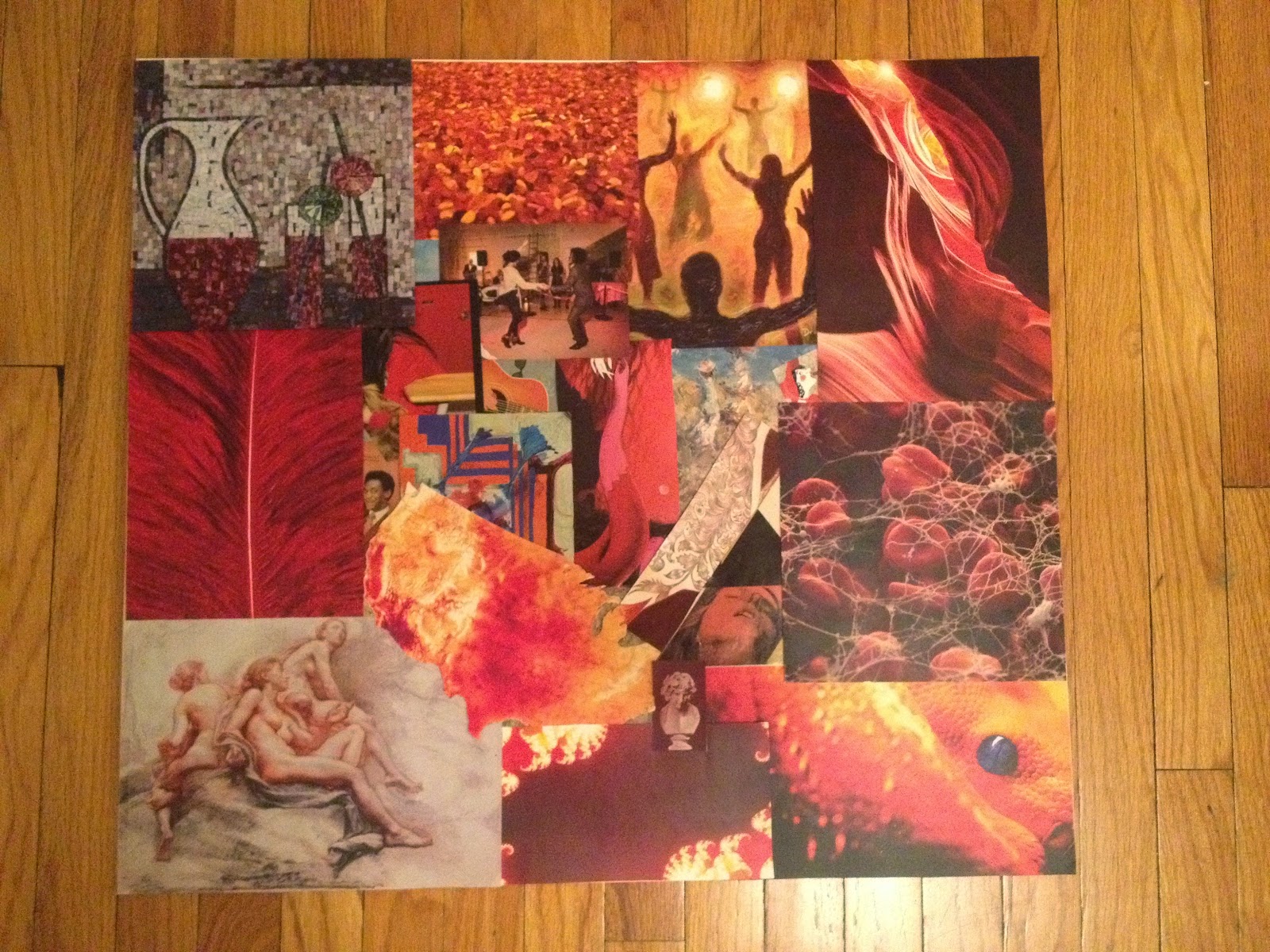 This is porbably my least favorite. Cholera is for the users. The haters. The money-men focused on taking stuff from others and pushing everyone around. I focused on gold, business, oil, and war. The biology images are parasites. 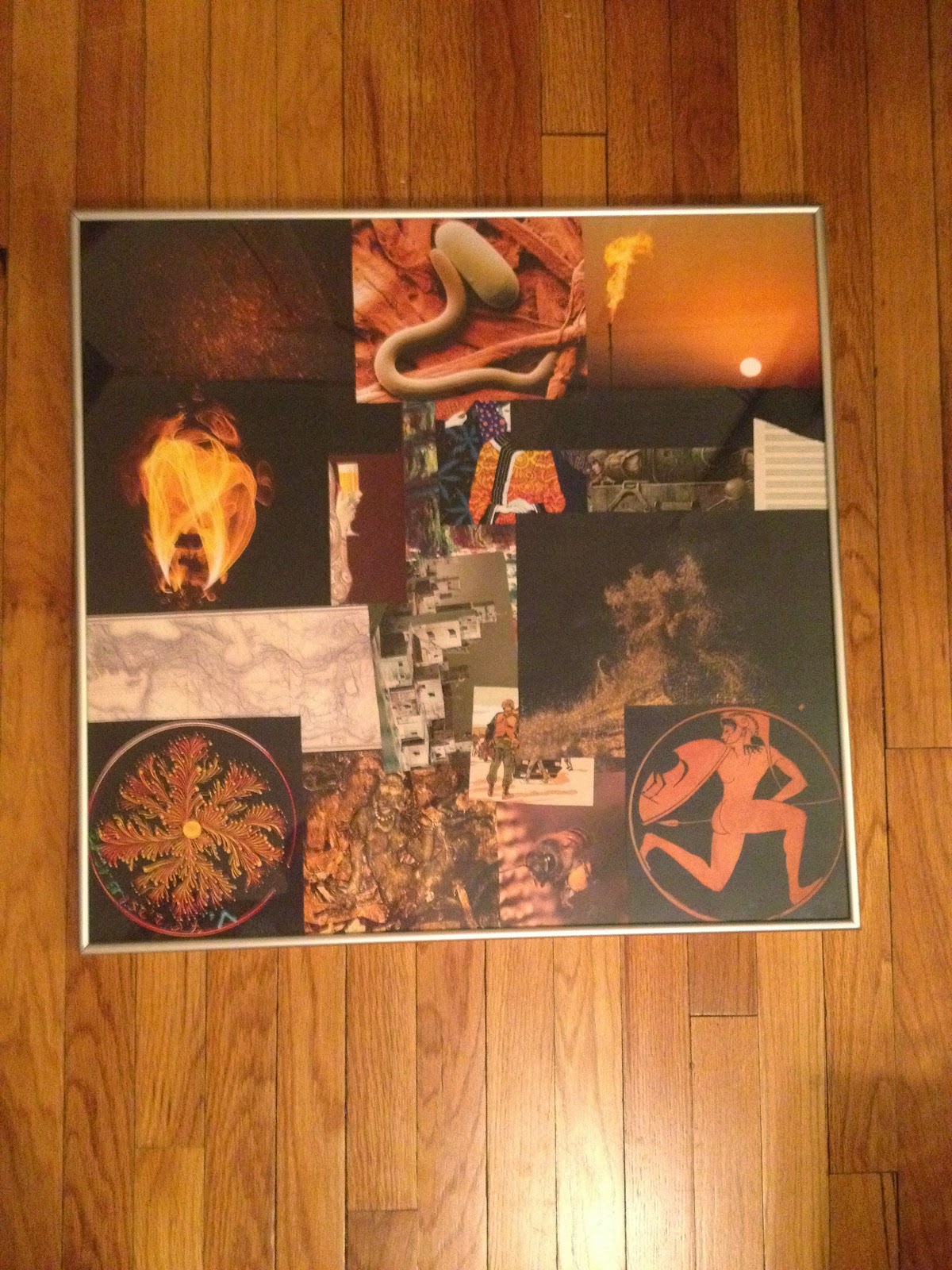 I was a little stumped about how to do this one because I didn't want to be "melancholic." I tried to focus on the earthy-utilitarian type. The organisms were little bugs who could break down plastic. There's some muscle tissue and the architecture from an engineering school. 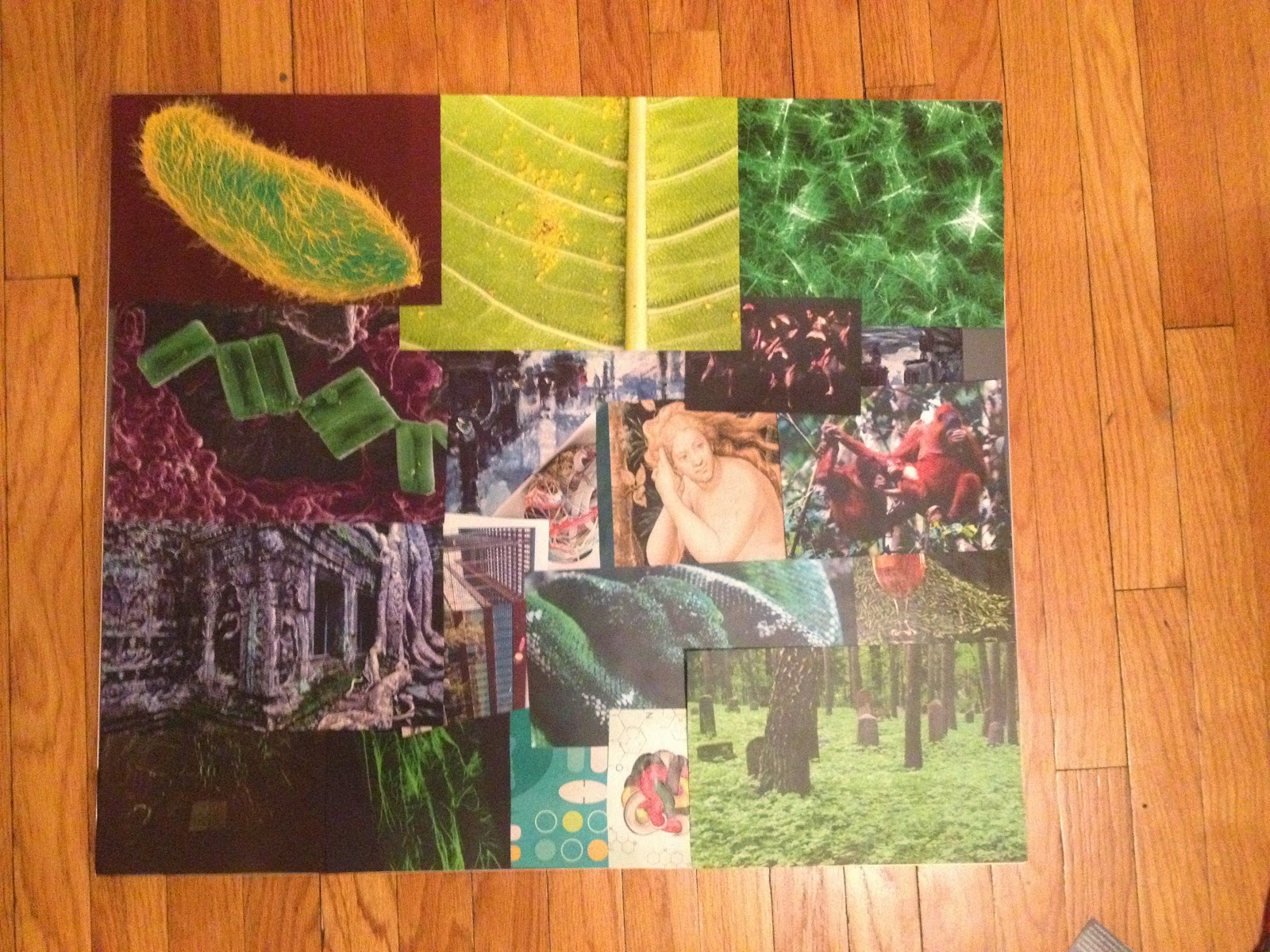 I enjoyed this one too. Tranquil water to reflect the contemplative philosopher. Neurons, Buddha-like faces, whales, fractals, and cosmic radiation. 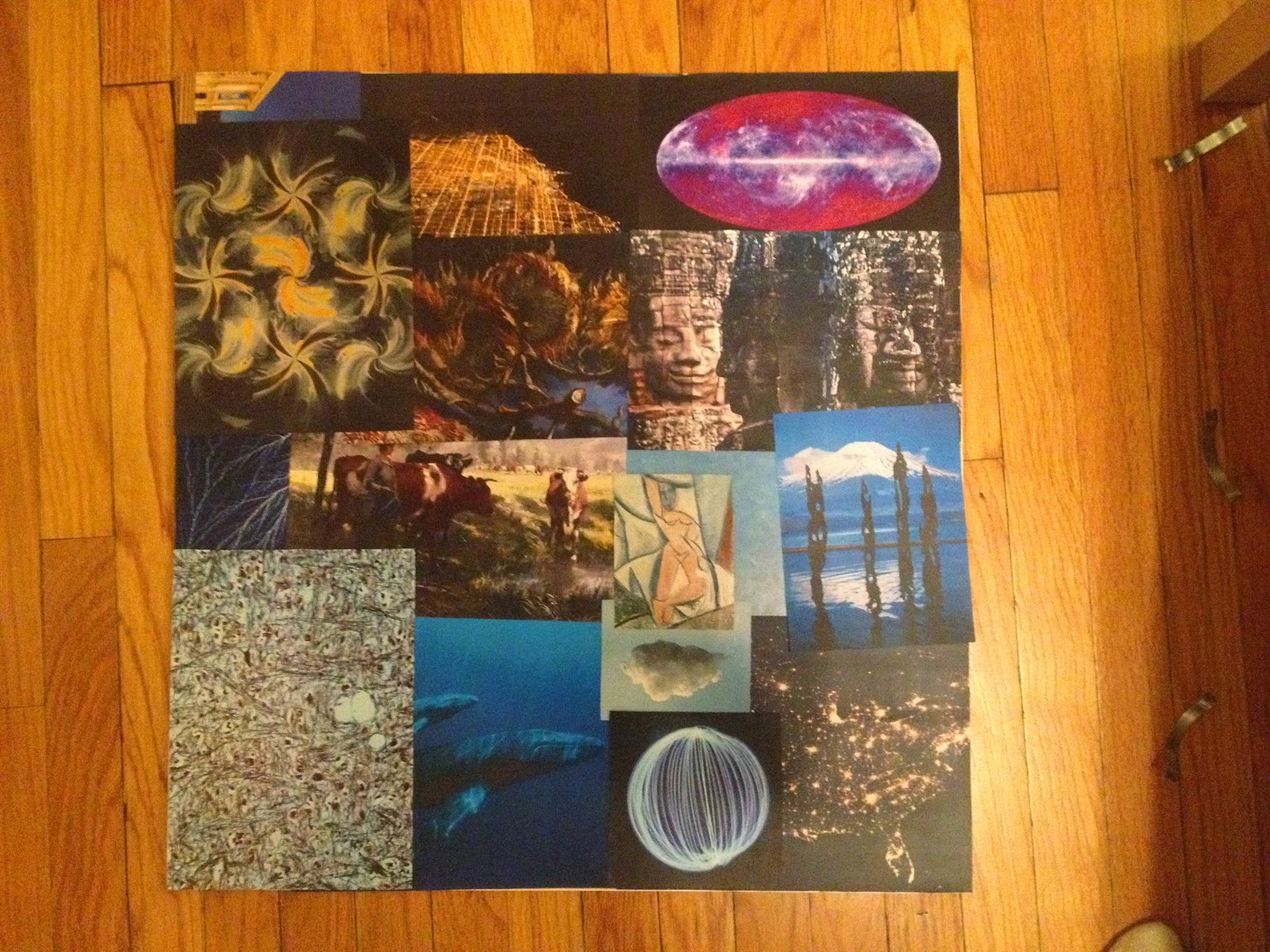 There were a couple of items that I repeated in each of their characteristic flavors throughout the panels: architecture, potent potables, animals, nudes, and microscopic life. It's fun to compare what got picked for each type.

I basically just popped them into their frames and hung them up with slightly staggered corners. Here it is hanging in the kitchen above our breakfast table. 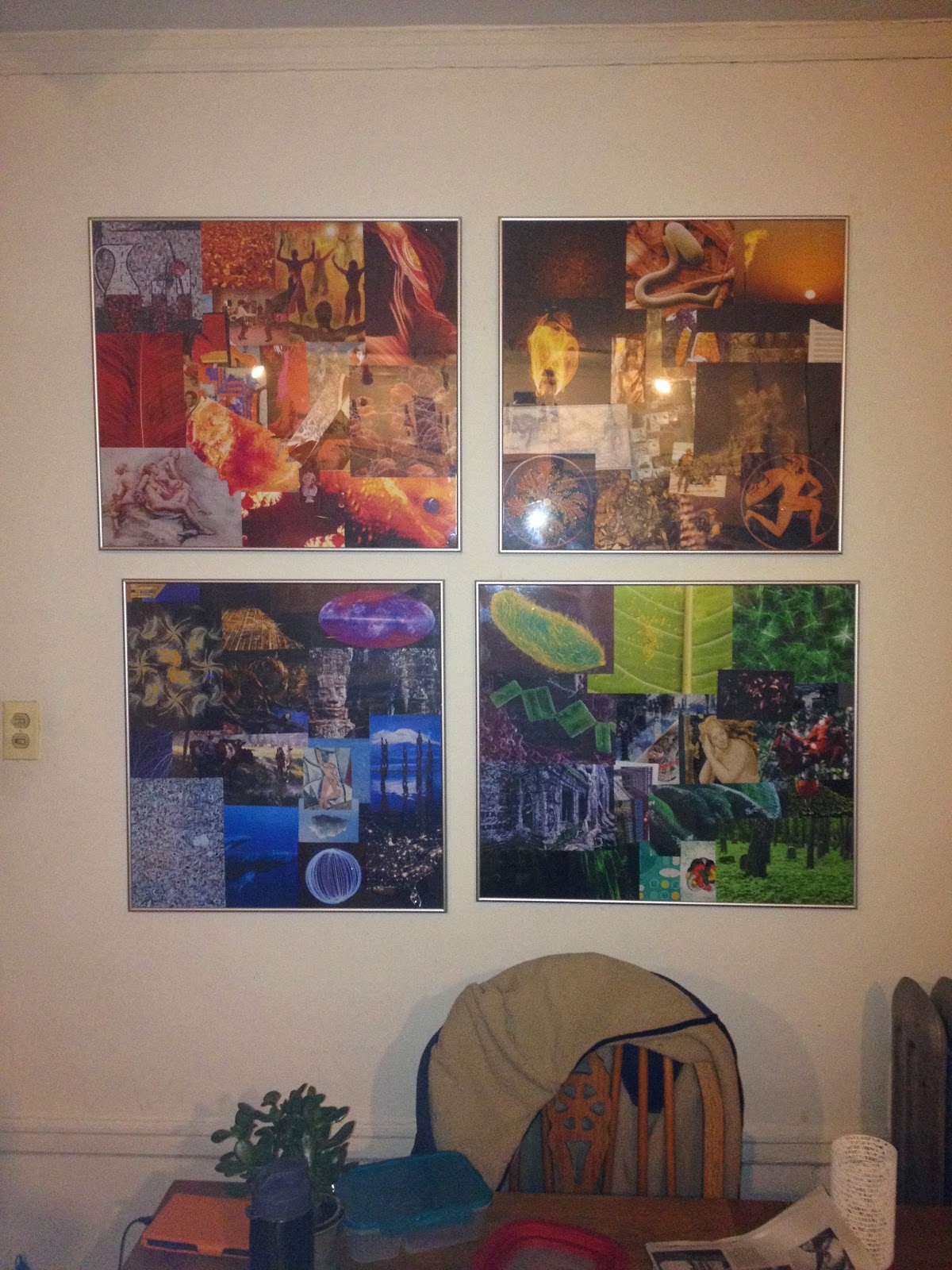 It's kind of cool having something with so many little side-stories to look at in the mornings when you're getting ready for work. It reminds me about all the diversity in the world—all the different colors, and how it's so hard to classify the world neatly.

To see some of the images that I pulled from the web you can check out my tumblr.