Over the holidays, I always end up with new projects to make for gifts for my friends and family. This time for Christmas my gf's mom asked me to make a boot tray for her new apartment. She specifically said, "use any materials you want," so I took her up on that by combining left-over plexiglass and tumbled gravel to make a classic, rock boot tray. 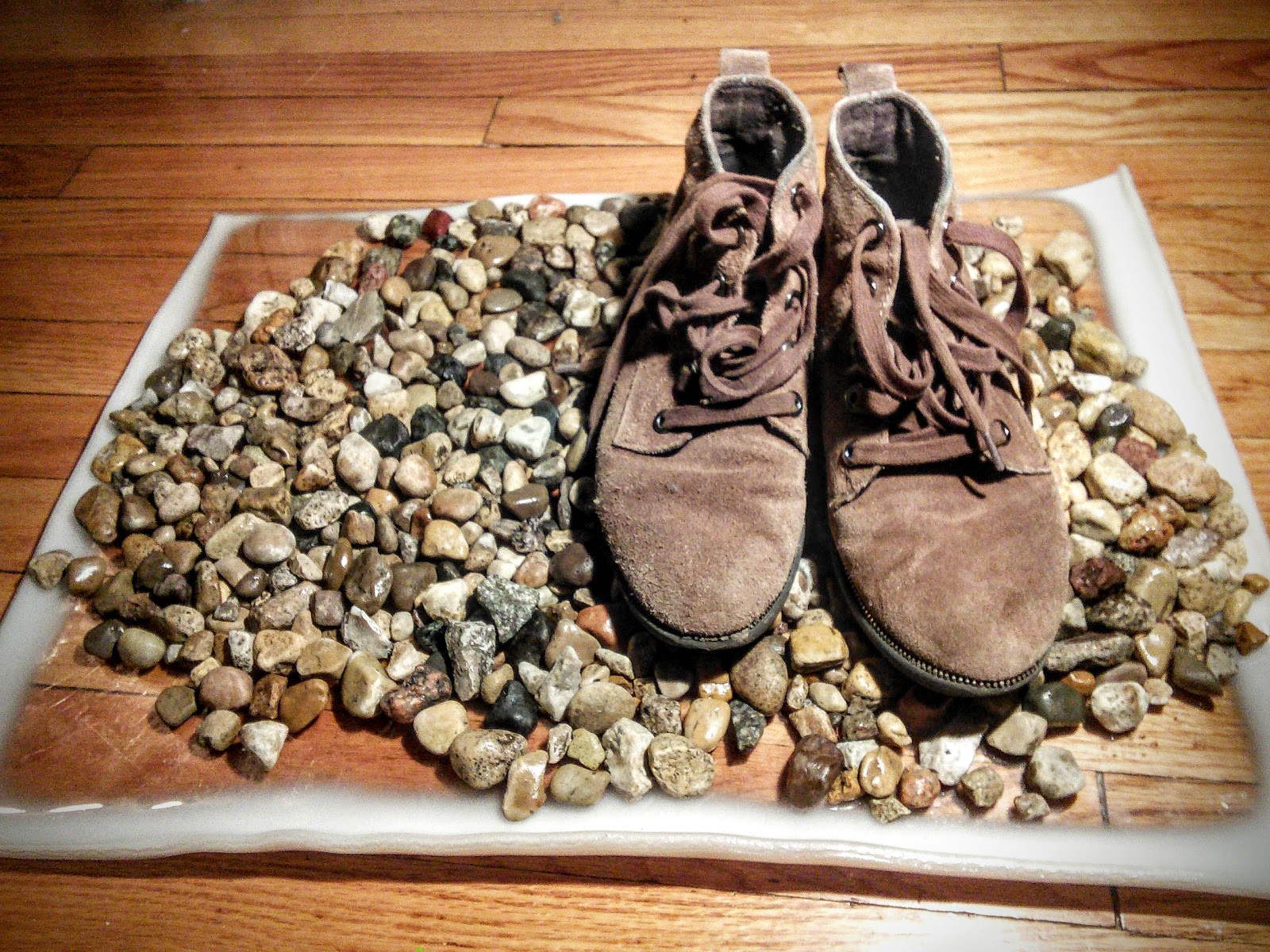 This projecct was quite funny because really nothing went expected, but the result still looks pretty impressive in my opinion At the very least this is another example that muddling through will almost always get you what you want. That should probably be the official slogan of this blog.

The tray is the main endeavor in this project. Once you have a tray, the rest is just cleaning up some rocks. But there are so many ways to make a tray, I didn't know what I wanted to do. I thought originally I'd go with simple bent sheet metal, but that was too much like what I made for Claire's dad last year.

Instead, I stumbled on some simple clear plastic that was left over from an experiment at work. Most people would probably call this plexiglass, but it's actually technically Lexan (polycarbonate), not plexiglass (acrylic). 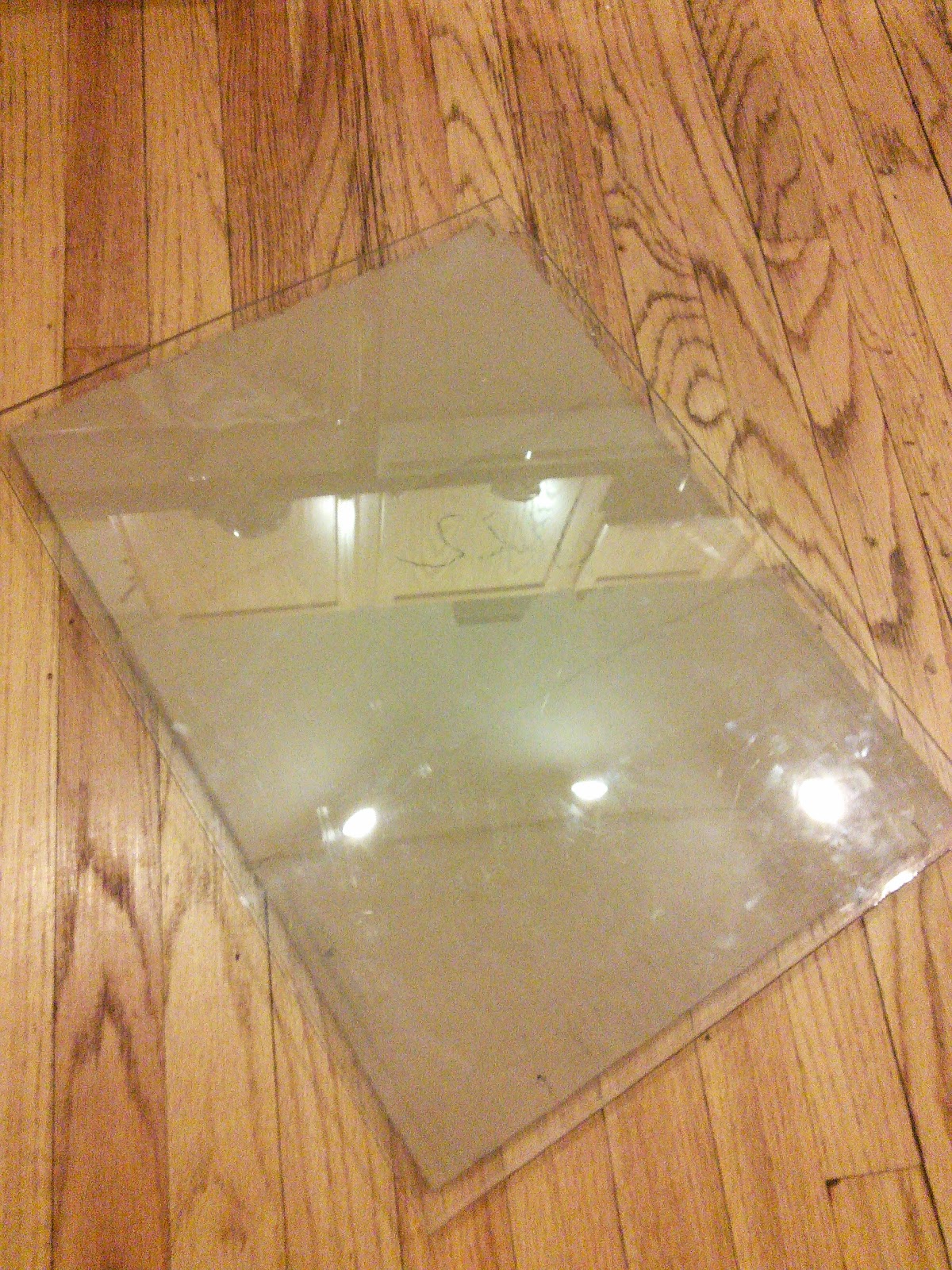 To mold polycarbonate, you only need to heat it to somewhere just above 150°. So I threw a test piece into the oven to see what it would do. I slowly heated to 200° but it was still stiff. Then I went to 250° and finally, 300° before it started to bend. 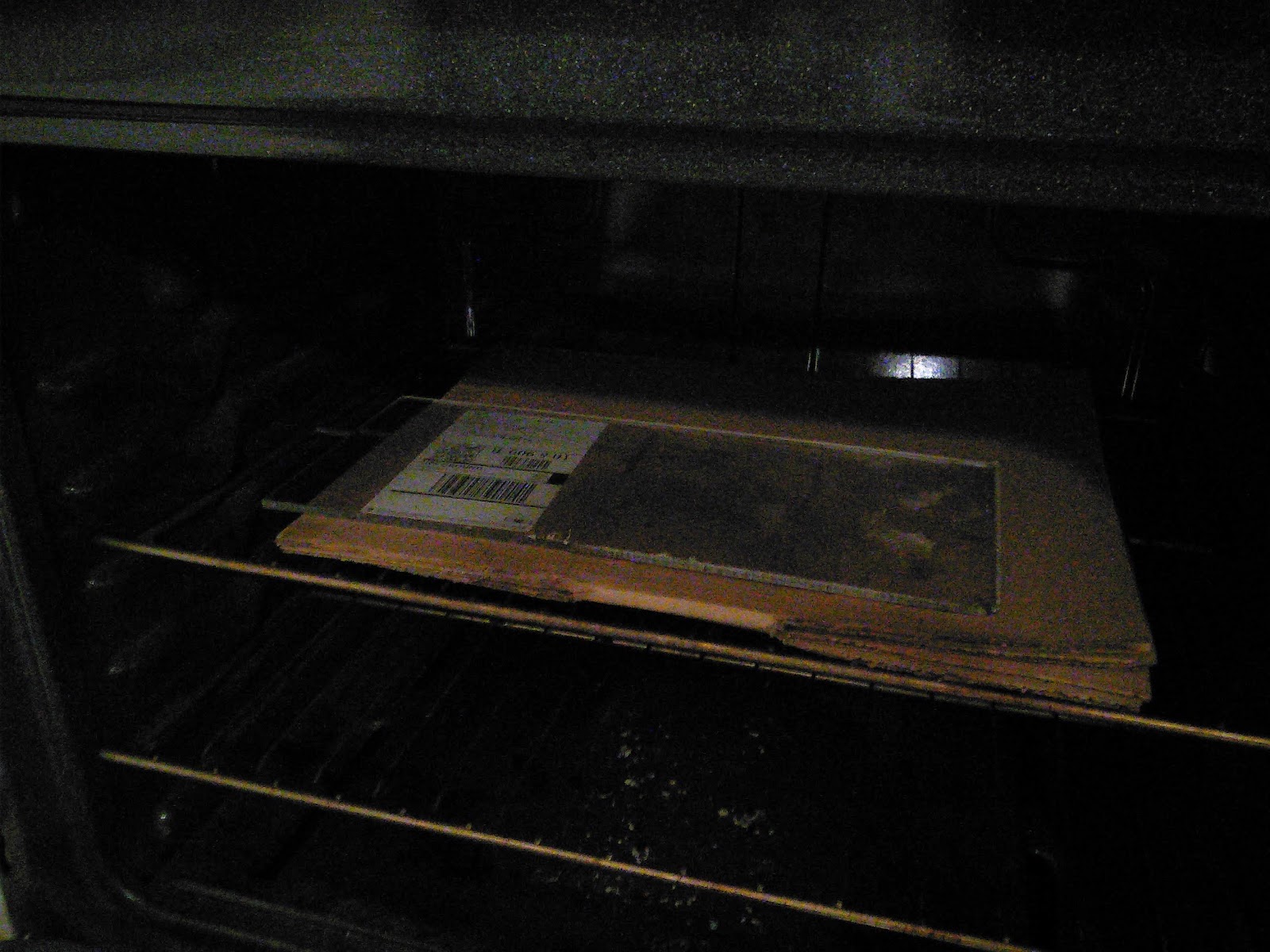 The results weren't amazing, but the edge was moldable so I figured I'd toss in the main piece and see what I could make of it. However, for this piece the oven was already warmed up to 300° and this had some pretty crazy (but pretty) results! 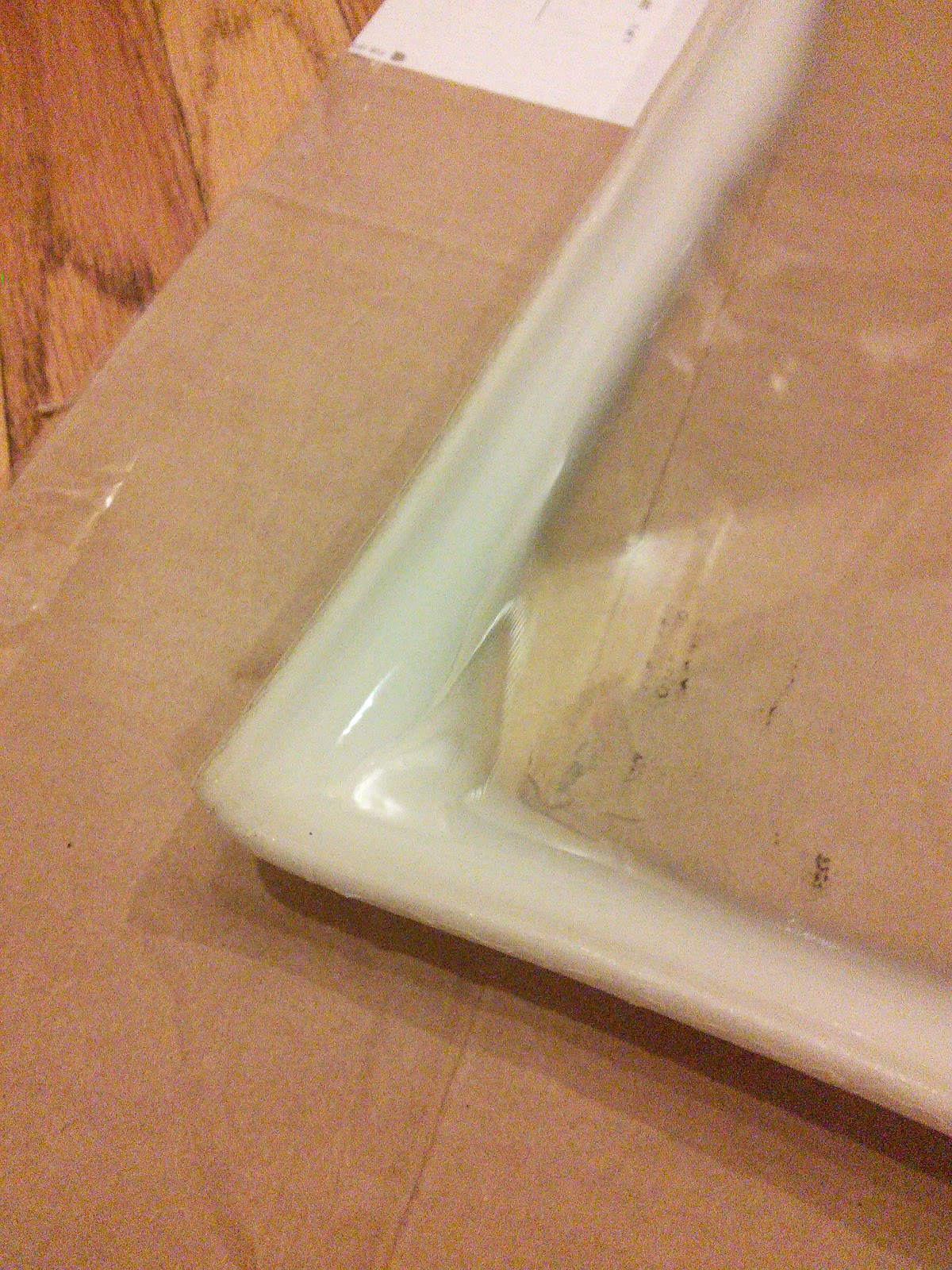 As it turns out, polycarbonate has a high water content in the plastic so if you rapidly ramp the temperature up past the boiling point, the water inside the material starts to boil out. In this case, this caused the plastic to turn white with tiny bubbles and for the edges to turn up.

But amazingly that was exactly what I wanted anyway! So... I just decided to keep it like that (not that I had much choice at that point). The edge wasn't perfectly symmetric along the back side, but I figured that part could go against the wall. 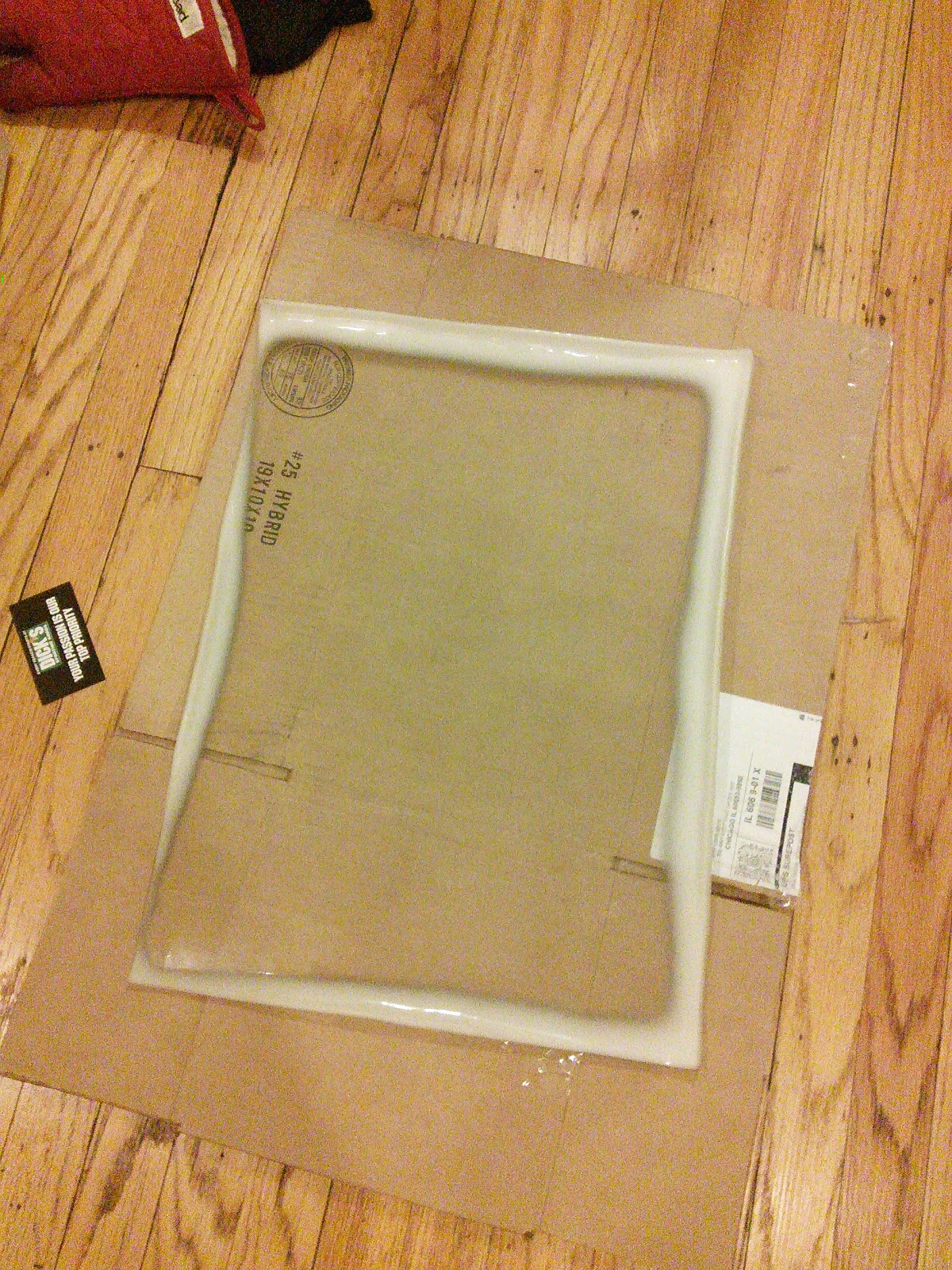 For rocks I just gathered pebbles from vacant lots and trails around my neighborhood. I tried to pick prettier sets, but once I realized how many I need I just started grabbing handfuls.

I did want them to shine a little though. After I cleaned them, I tried to "cure" them (or something) by putting them through an oil bath followed by a soap bath. 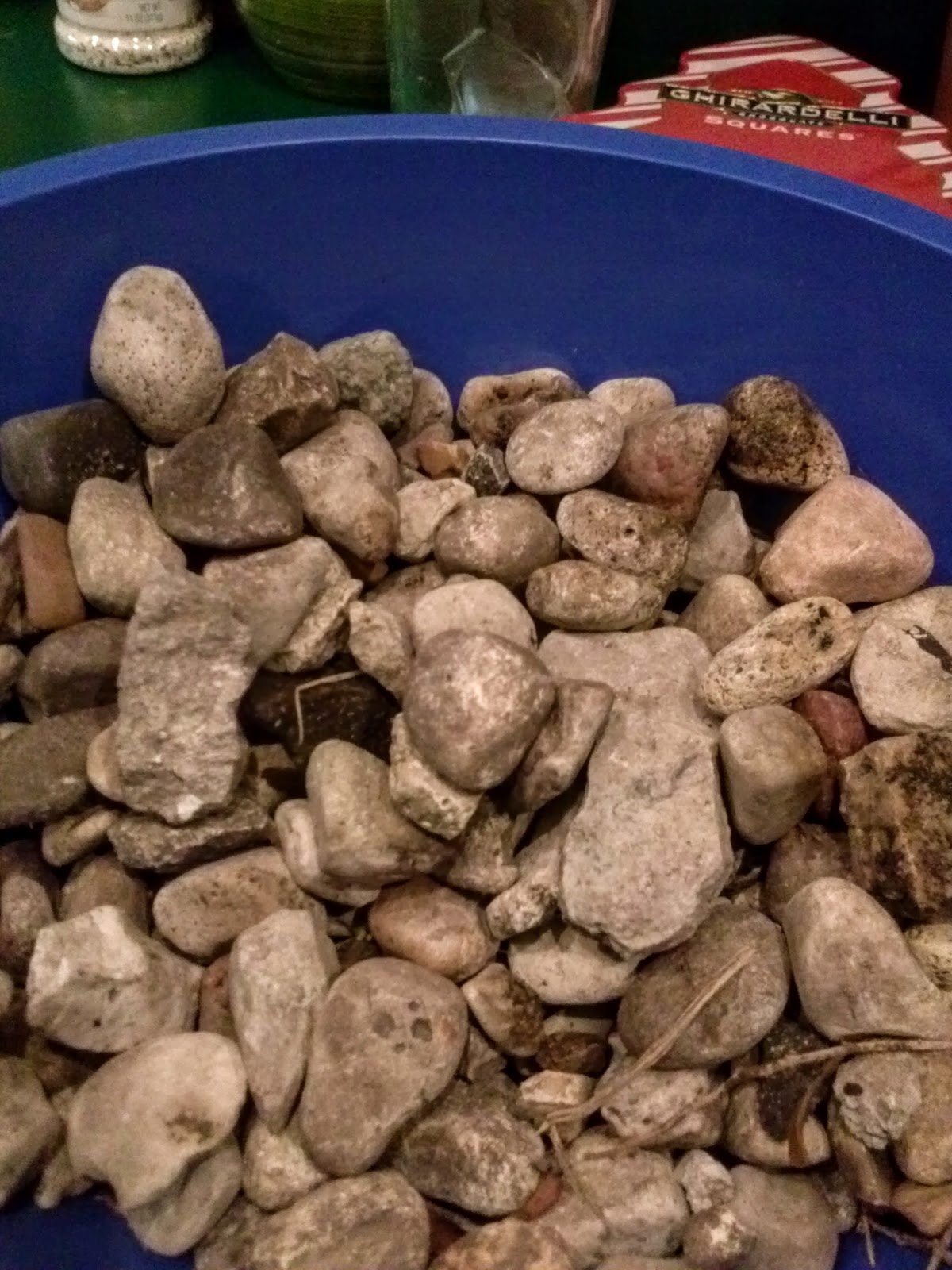 This led to a significant improvement in shininess (at least temporarily). 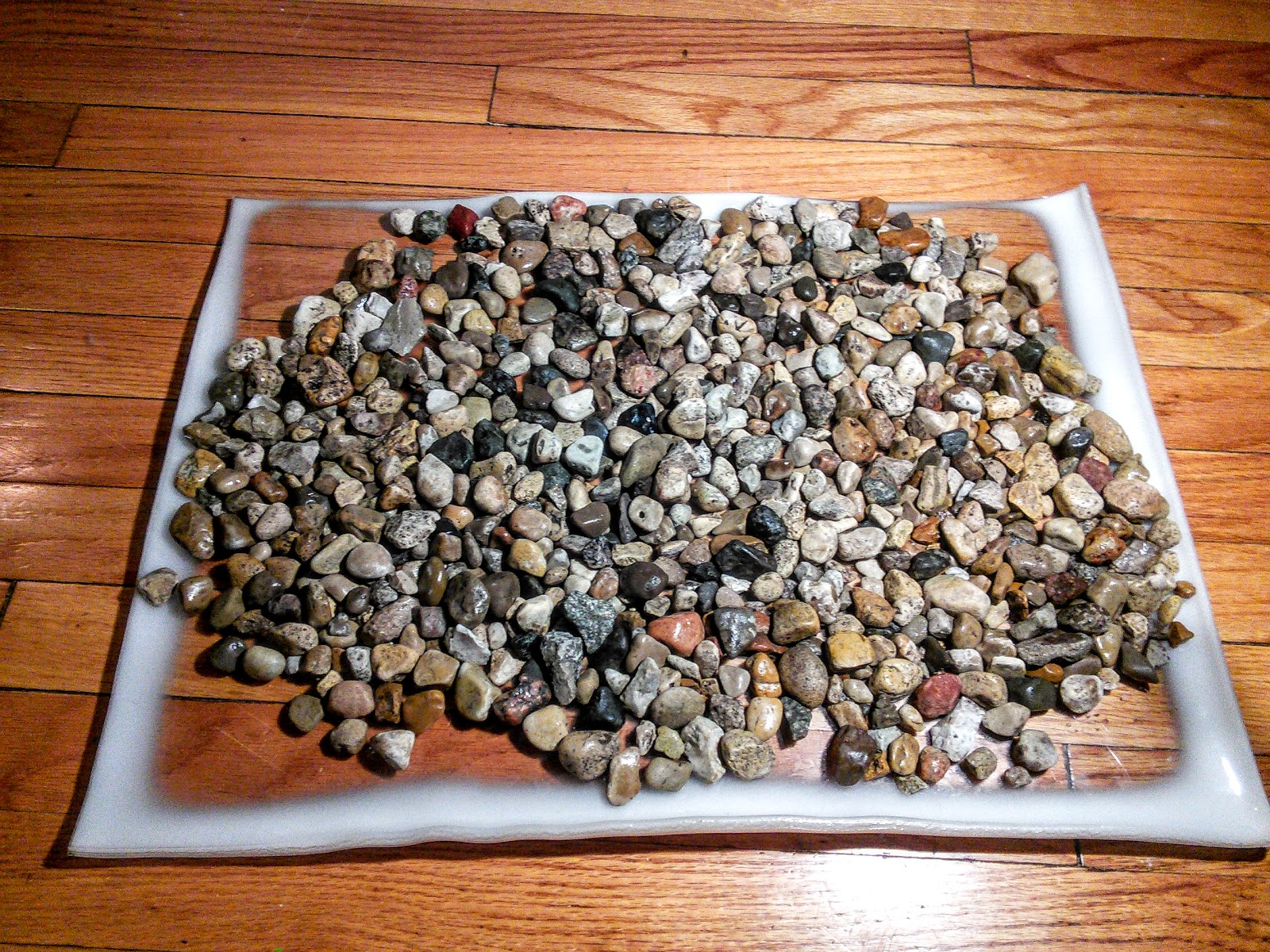 After, piling the rocks on the tray, all that was left was to add shoes. And I think it made for a cute and practical little outdoorsy themed home furnishing. 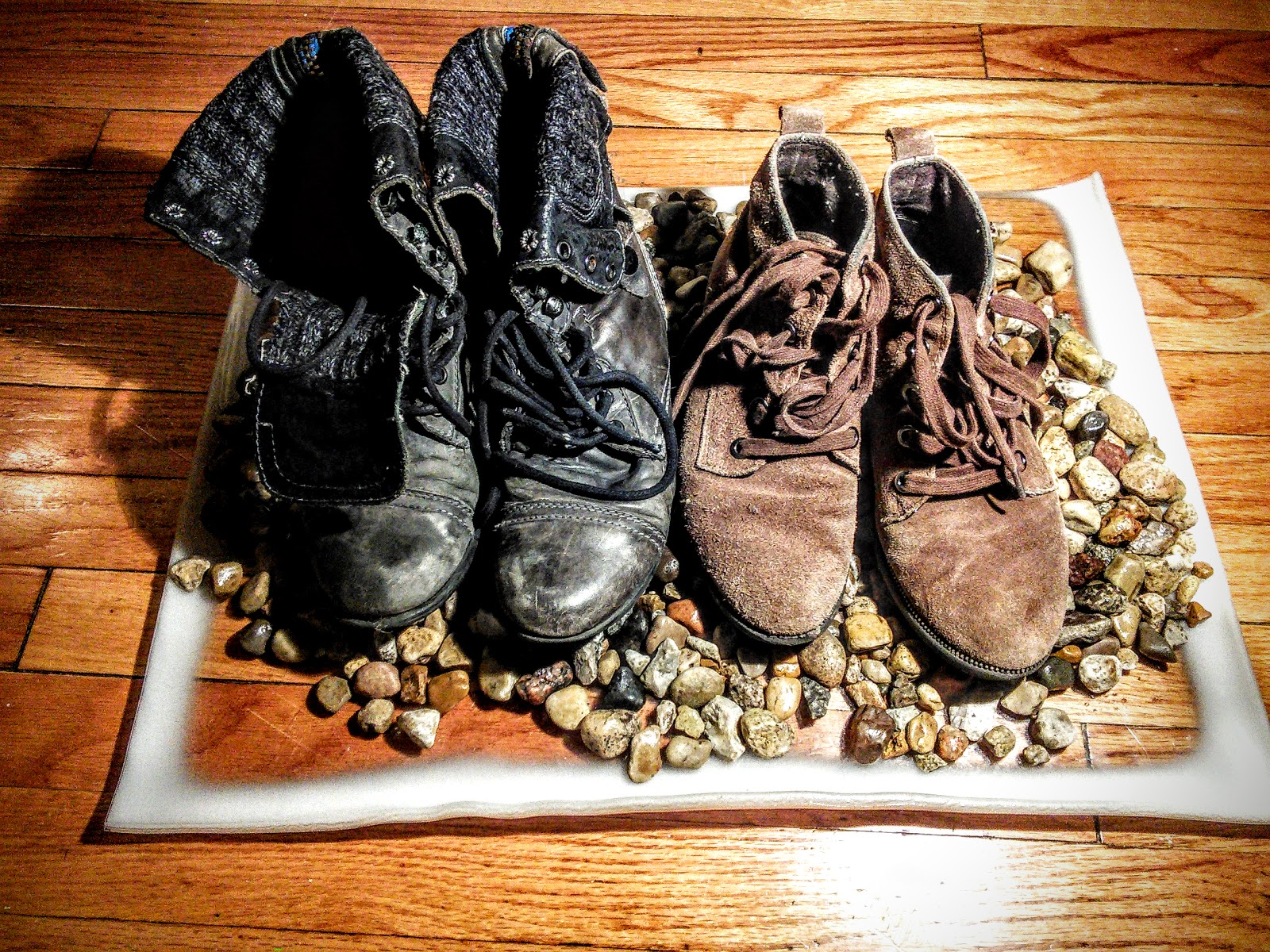 I almost wanted to keep it for our house.